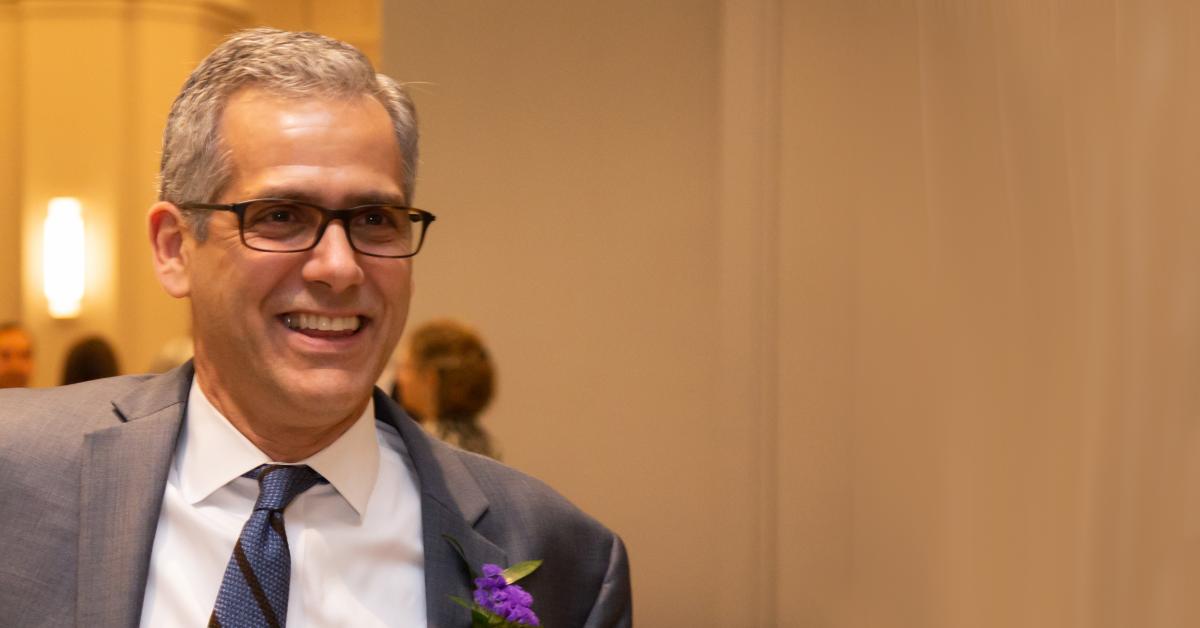 2019 Alumni Achievement Awardee
May 07, 2019
“Campus life was great but the greatest learning was absorbed from the city. What a great city! […] It was really the opportunity of our lives. That really was the time of our lives – the best of times in Washington, D.C.”
Read More 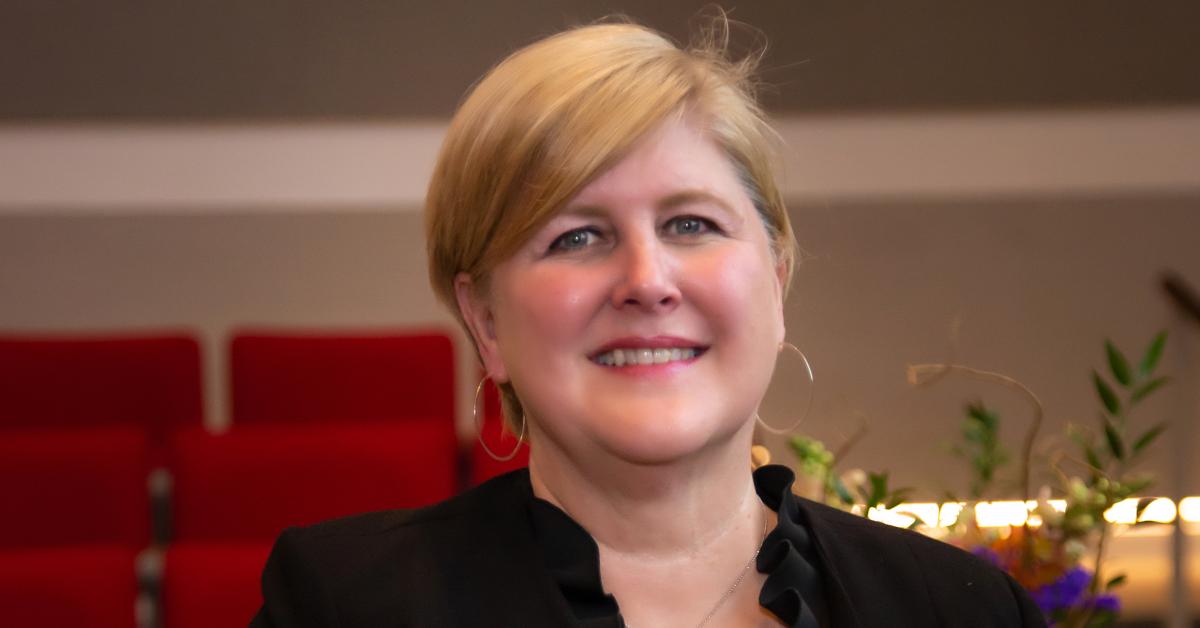 2019 Alumni Achievement Awardee
May 01, 2019
Carolyn Rickard-Brideau, B.S.Arch. 1983, understands how spaces affect people mentally and physically. As the corporate president of Little Diversified Architectural Consulting, she is at the forefront of salutogenic design, which focuses on creating spaces that improve human well being.
Read More 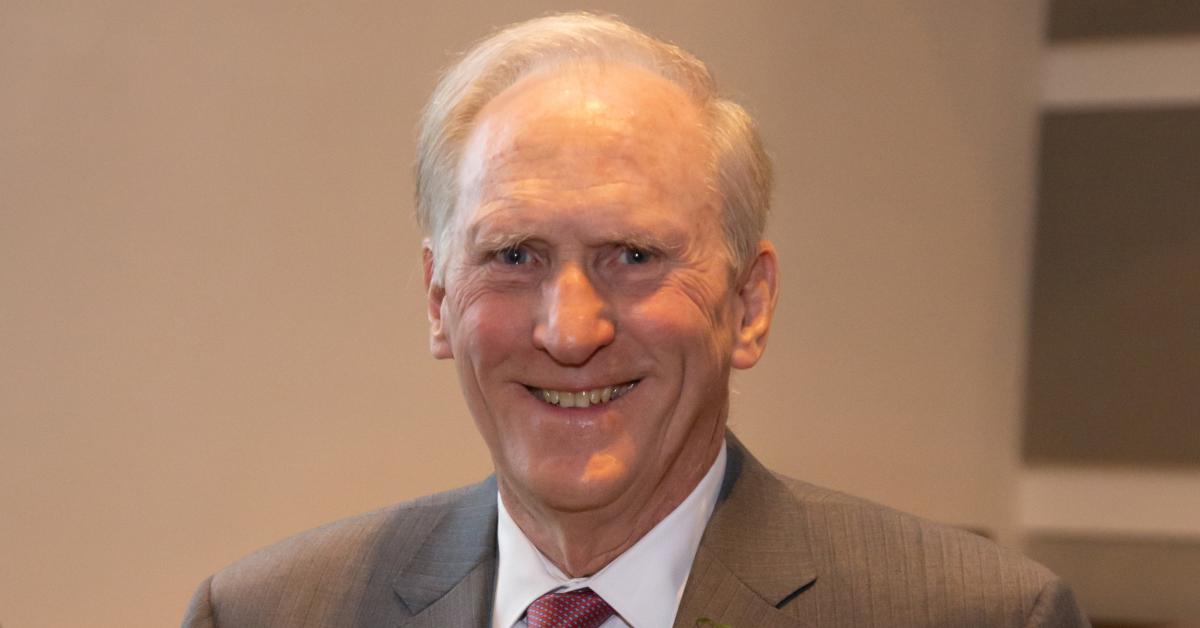 2019 Alumni Achievement Awardee
April 29, 2019
Attending night classes at The Catholic University of America Columbus School of Law, Jeffrey Moreland, J.D. 1970, could have earned his degree and moved on to the next stage of his career. But through the years, he came to understand what makes Catholic University so special.
Read More 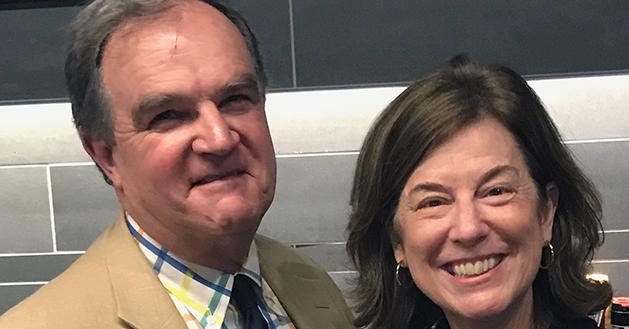 Serving on the Parents Council

Still engaged — from a distance
April 17, 2019
The Parents Councils is made up of highly engaged parents — like Kim and Marsha Pearcy Sperduto — dedicated to the mission of Catholic University and who seek to expand student opportunities.
Read More 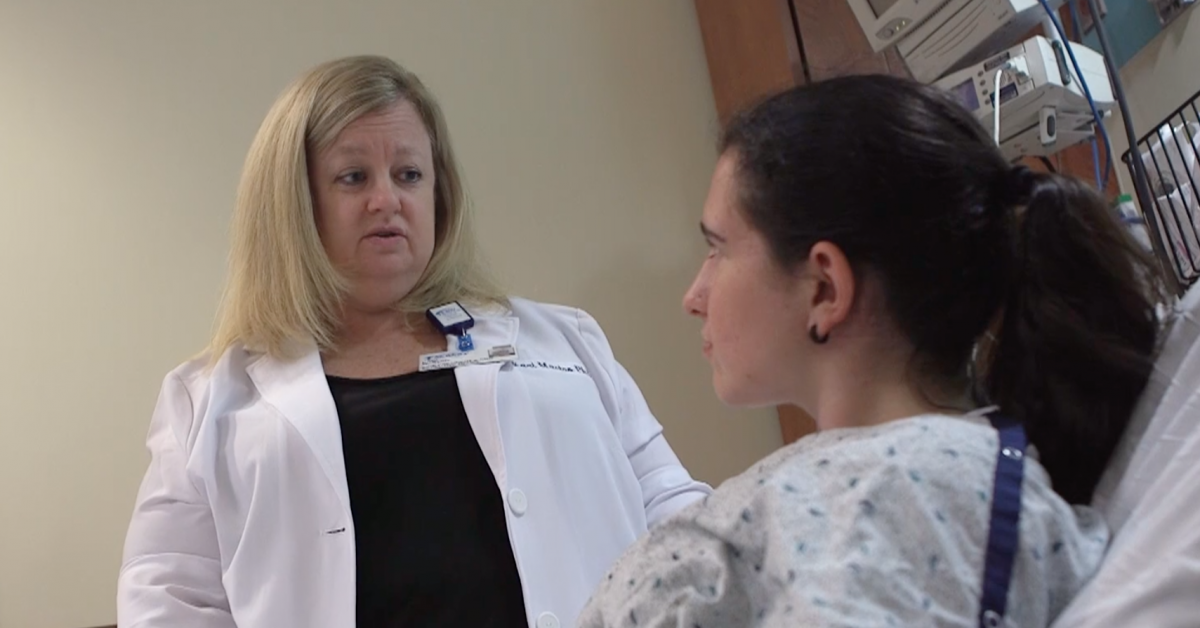 2019 Alumni Achievement Awardee
April 17, 2019
Kari Mastro, B.S.N. 1990, is a leader and innovator in the healthcare industry. By reorienting the missions and goals of hospitals and their nursing staffs, Kari has made trips to the hospital less stressful and more transparent to young patients and their anxious families.
Read More 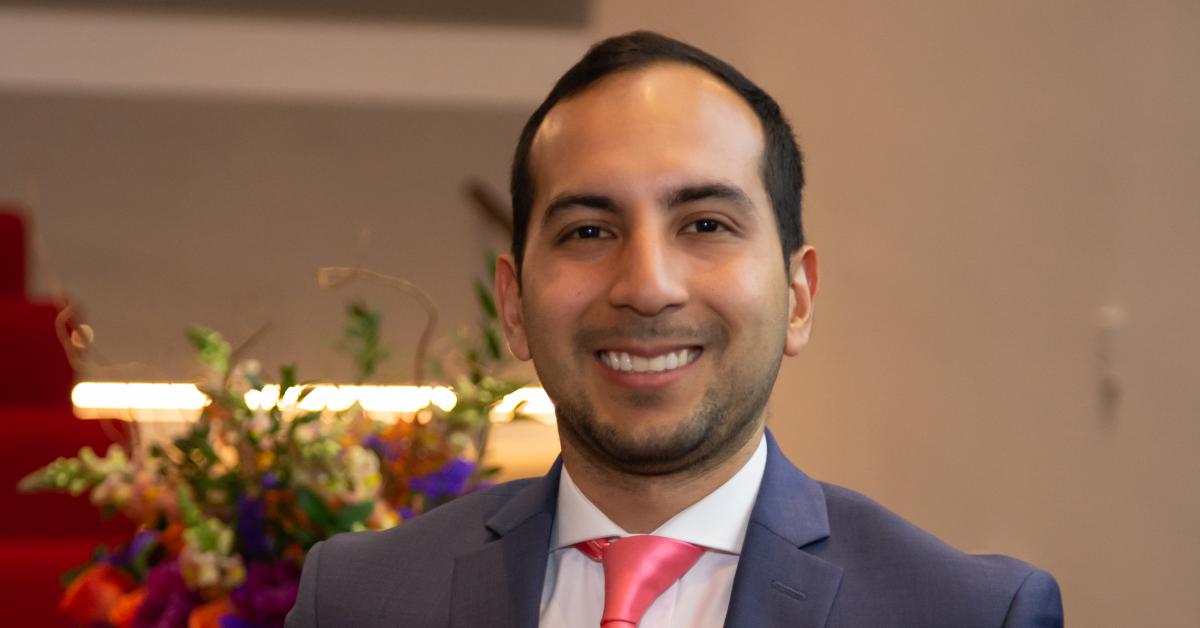 2019 Young Alumni Merit Awardee
April 17, 2019
Many young alumni know him for his tennis prowess. For eight years, Luigi Alvarado, B.S. 2009, was an integral member of the Catholic University tennis team. As senior, he held the second-best singles record in NCAA Division III. For five years after he graduated, he served as the assistant coach and, with the late Marty Dowd, B.A. 1960, led the team to a Landmark Conference Championship in 2014.
Read More 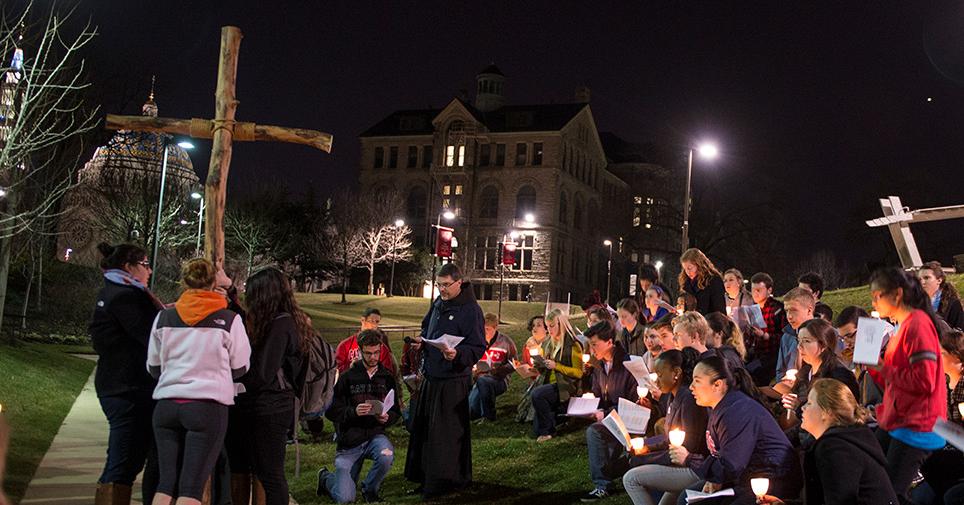 God Is My Light

Lenten Reflections with Fr. Frank Donio
April 16, 2019
At Catholic University we come together every day as a community that is called and animated by faith, service, and love of our neighbor. During this most holy and solemn season of Lent, we are called into prayer and reflection in a special way, whether on campus or online, as one Catholic University.
Read More 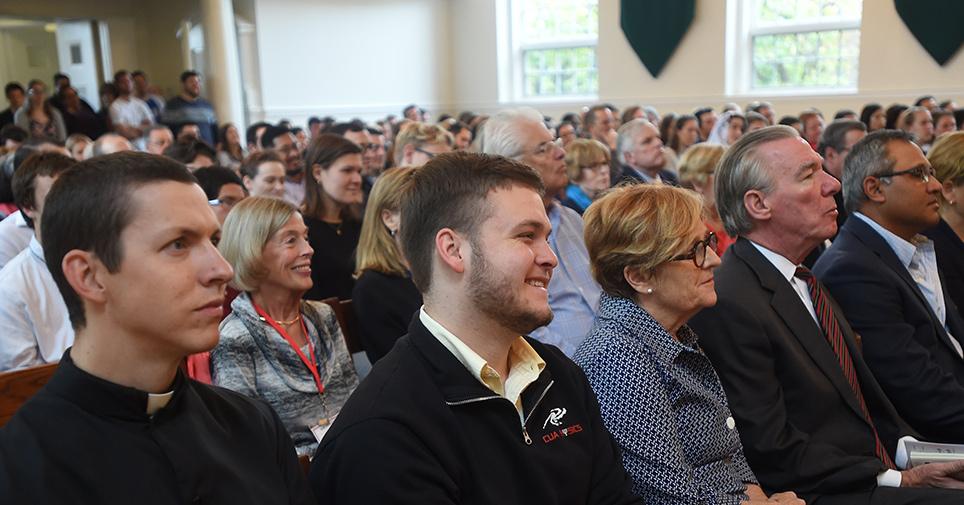 What are we capable of? What brings us glory?

Lenten Reflections with Fr. James Sabak
April 05, 2019
At Catholic University we come together every day as a community that is called and animated by faith, service, and love of our neighbor. During this most holy and solemn season of Lent, we are called into prayer and reflection in a special way, whether on campus or online, as one Catholic University.
Read More 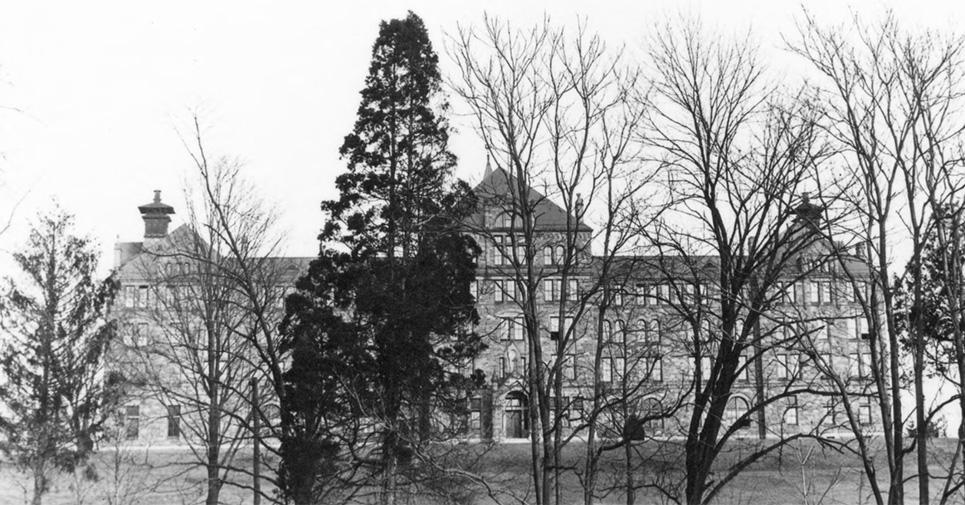 Our future is you... but what about our past?

A Founders Day Quiz
April 03, 2019
In advance of Founders Day and The Founders Day Giving Challenge, which honors the University’s founding in 1887, we present the following quiz.
Read More 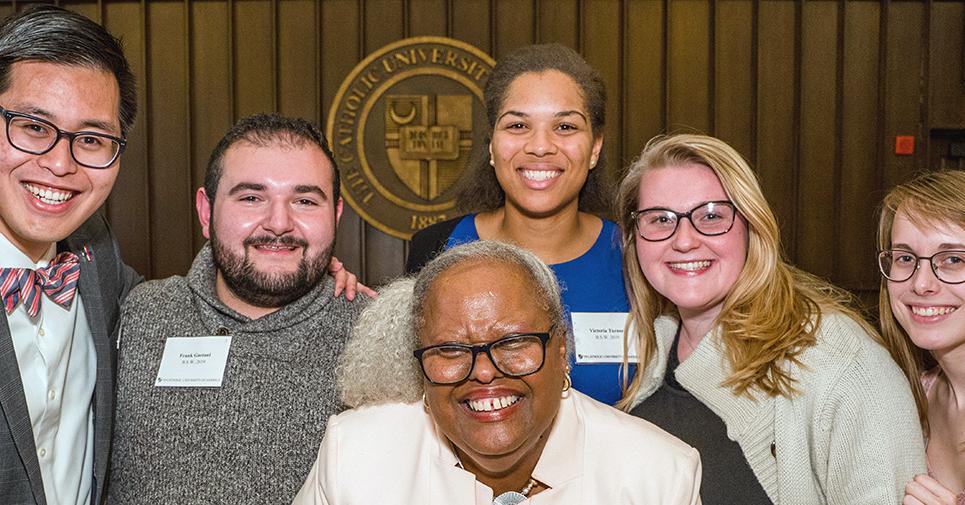 A centennial celebration of the National Catholic School of Social Service

March 27, 2019
This year, the National Catholic School of Social Service (NCSSS) celebrates a milestone — the 100th anniversary of its founding. Over the course of the last century, NCSSS has endeavored to serve others by preserving human dignity, seeking justice for all people by meeting them where they are, and preparing students to change the world.
Read More 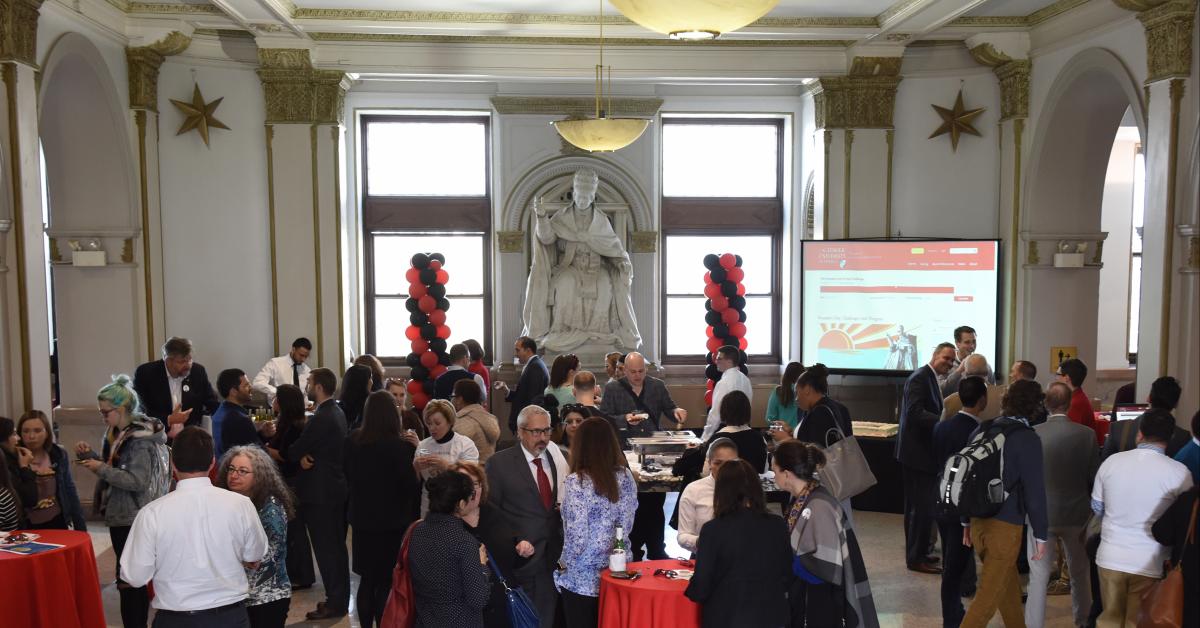 Six facts about The Fund for Catholic University 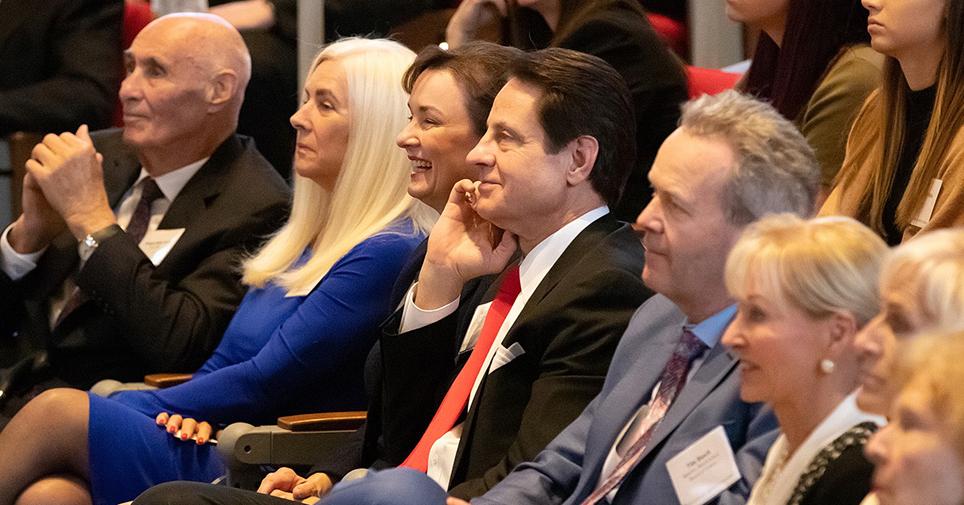 March 20, 2019
Nearly 175 members of the Catholic University family gathered on March 18th to honor donors who made a grand vision possible—the renovation of Maloney Hall, the new home of The Busch School of Business.
Read More 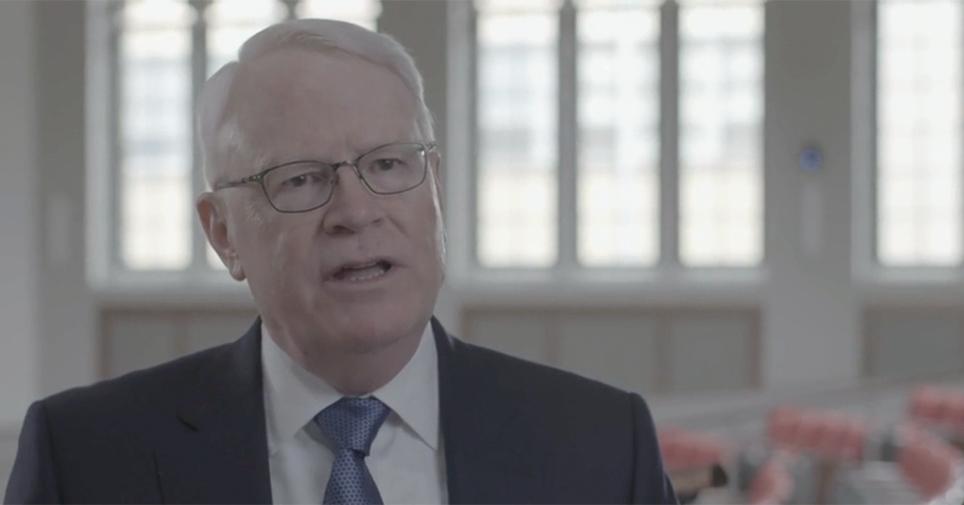 A gift of faith

Couple’s pioneering support key to The Busch School’s new home
March 13, 2019
Steve and Maryanne Means first heard about Catholic University and The Busch School of Business from fellow University benefactors Tim and Steph Busch, for whom the school is named.
Read More 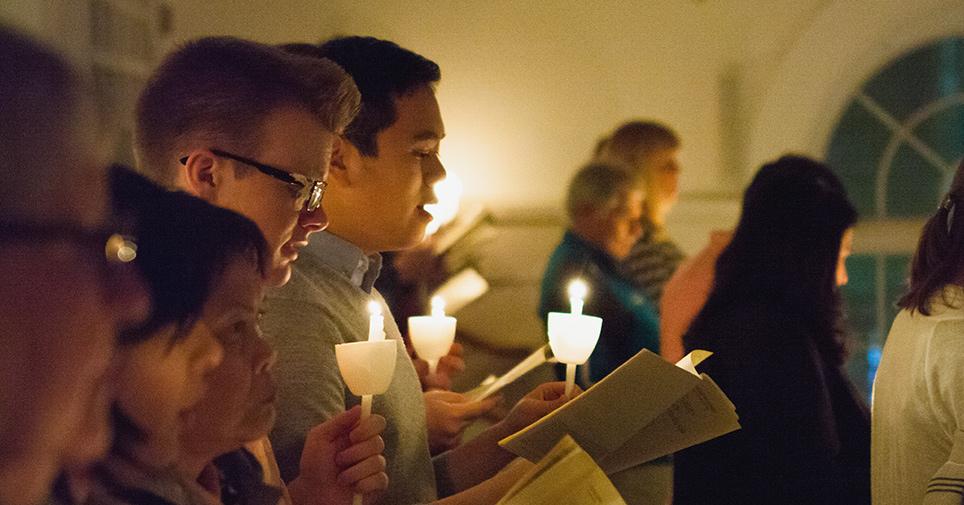 The Springtime of Hope

At Catholic University we come together every day as a community that is called and animated by faith, service, and love of our neighbor. Today, we are called in a special way, whether on campus or online, as one Catholic University, to enter into this 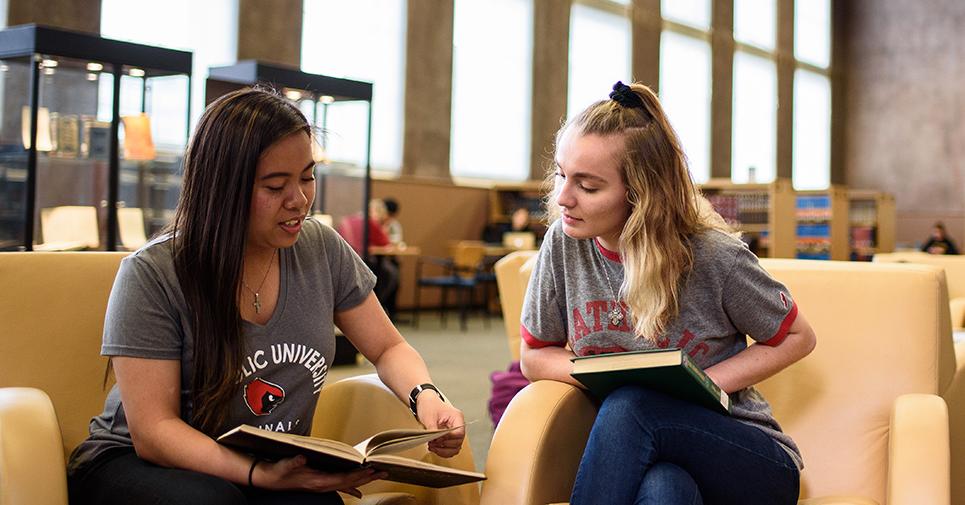 Check out our libraries! 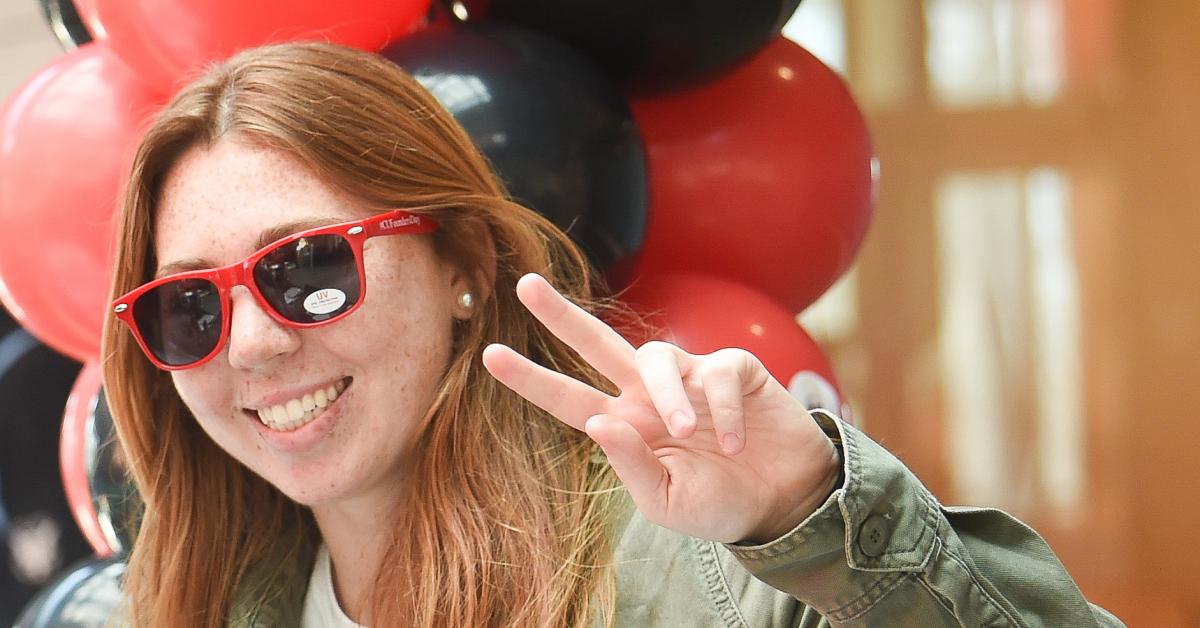 Serving on the Student Philanthropy Council

Liz Friden, B.A. 2018, former alumni/advancement liaison for the Student Philanthropy Council (SPC), joined the group as a student because she was “looking for different ways to get involved” at Catholic University. 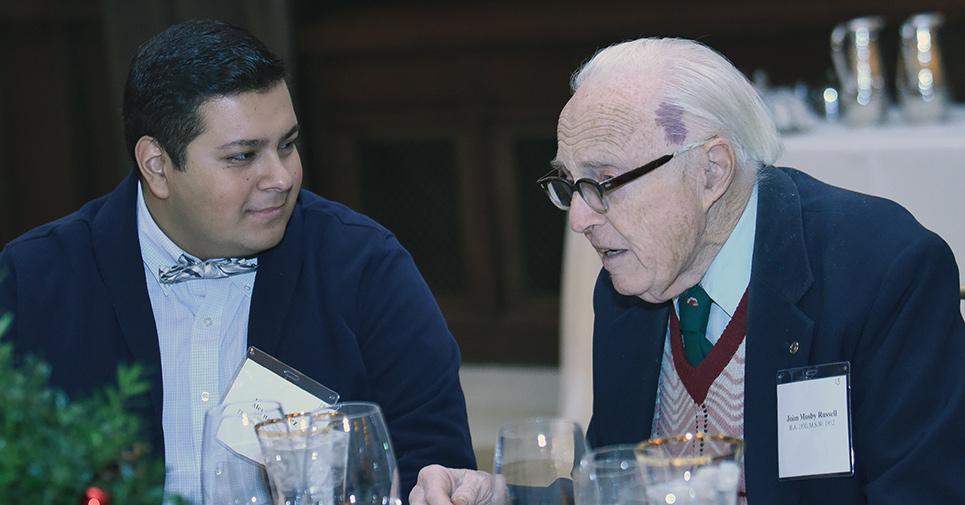 In honor of the 100th anniversary of the National Catholic School of Social Service (NCSSS), John Mosby Russell, B.A. 1950, M.S.W. 1952, has made a gift that will fund graduate scholarships to the school in perpetuity.

Russell’s generous gift of $100,000 establishes the 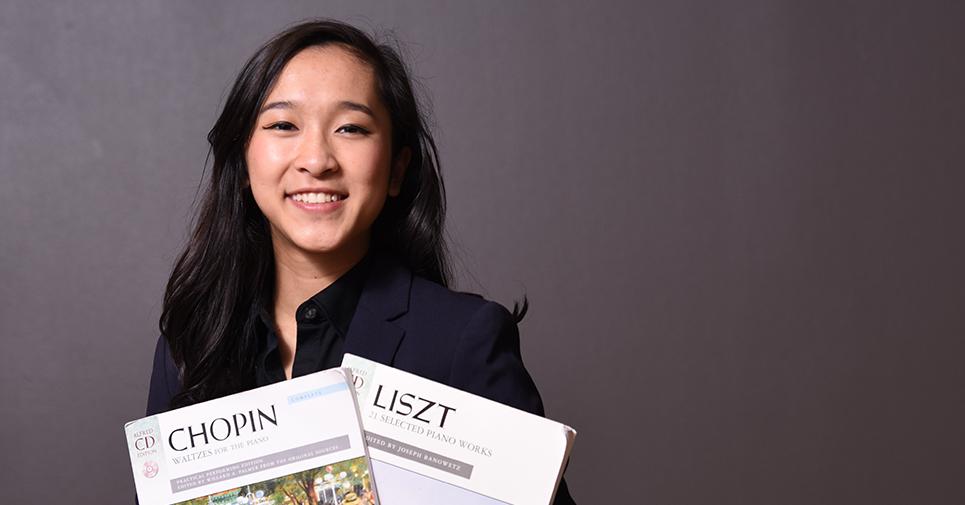 Sixteen million dollars would change your life, right? What would you do with it? Travel the world, pay off credit cards, or maybe buy a house?

At Catholic University, $16 million can — and does — change lives. Nearly 400 of them, to be more 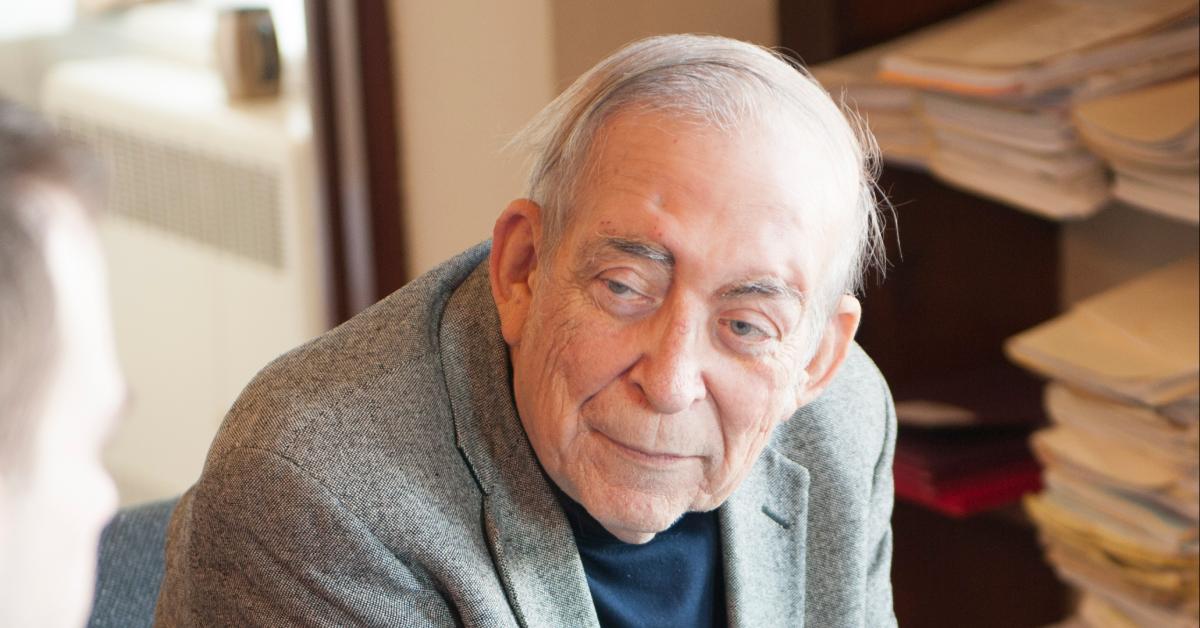 Msgr. Thomas Green’s legacy to the School of Canon Law

Learning was always important to Monsignor Thomas Green, 79, the Stephen Kuttner Distinguished Professor of Canon Law who specialized in penal law and in the law on particular churches, which focuses on how dioceses and local churches are organized and operate within the Church’s 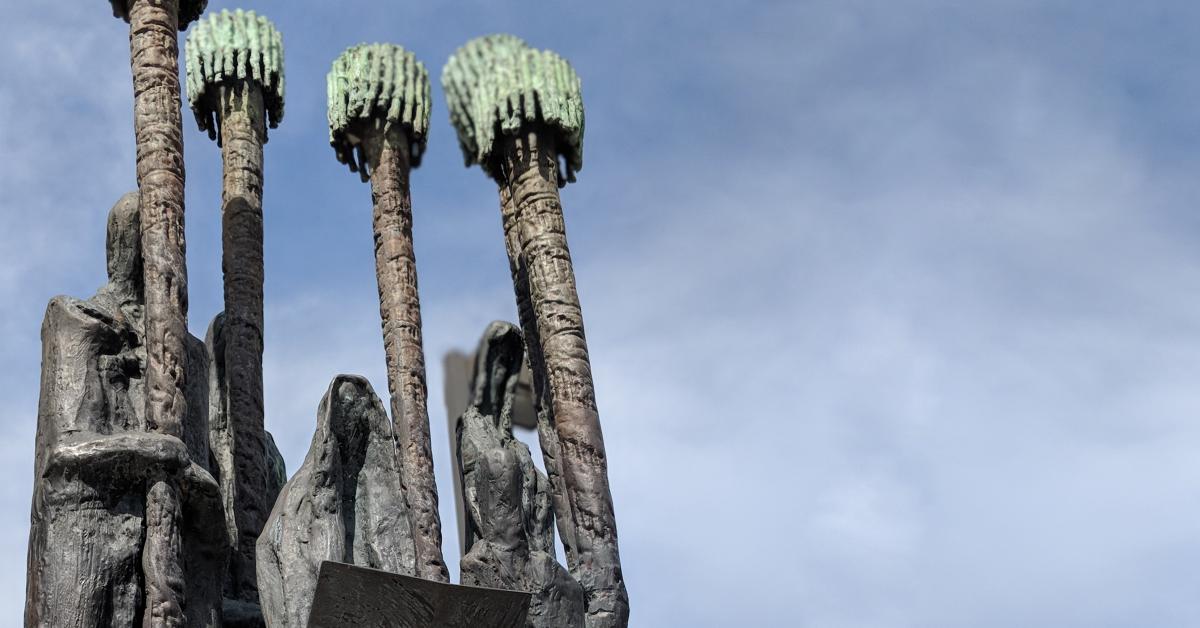 Can you solve the mystery of #2?
January 30, 2019
You can’t deny the beauty of Catholic University’s 176-acre campus: Gothic architecture, cherry trees exploding with spring blossoms, and inviting green spaces. Over the years, benefactors to the University have donated more than 80 statues.
Read More