Karen Coss Ridenour, M.S.N. 1972, was a working mom in the 1960s when she decided to pursue a master’s degree in nursing at The Catholic University of America. She couldn’t have accomplished this goal without the help of two things: a federal grant that paid her tuition and helped secure childcare, and the love and support of her husband, Wells, who encouraged her to seek higher education in a time when it wasn’t nearly as common for women as it is today.

“Without the federal grant Karen received, she wouldn’t have been able to hire childcare that enabled her to go back to school,” McMullen said.  “We have lots of scholarships for undergraduate nursing students, but nothing for graduate students. This is going to change lives.”

— Patricia McMullen, dean emerita of the Conway School of Nursing

Through several gifts to the University — a bequest to create an endowed graduate nursing scholarship in the Conway School of Nursing, as well as gifts to fund current graduate nursing students with scholarships, and others to support both the Conway School and the Busch School of Business — Karen, a member of the 1887 Society, wants to make sure others have the same opportunity she did.

Karen began her higher education career studying nursing at the now-closed St. Joseph’s College in Emmitsburg, Md., earning a B.S. degree with a major in nursing. She was the first in her family to attend college, and she also converted to Catholicism in 1962 while studying there.

“It was my father who said to me, ‘You go to college.’ No one in my family had been to college, but he wanted me to go, and I’m thankful for his forward thinking,” she said.

She also occasionally worked in the business office of her father’s company, which dealt with oxygen, acetylene, and all kinds of welding supplies. Wells also worked there and eventually took it over, running it from 1960–1991, when he retired at 54.

“Her father started the business in 1947. Before I started at Coss Welding I went to Hagerstown Business School and worked for an accounting firm,” Wells said.

“Having my master’s allowed me to go into teaching and advanced clinical nursing care. Without it, I wouldn’t have been able to get those promotions.”

Karen and Wells, who have been married for 56 years, have two daughters, Stephanie, a CPA, and Alison, an optometrist; and five grandchildren, two of whom now study at Catholic University.

Karen commuted to campus from Hagerstown, where they lived at the time, an hour-and-15-minute drive. Since licensed, quality daycare centers were rare in her area at that time, Karen sought other options. Stephanie remembers their nanny, and said she and her sister didn’t spend a day in daycare.

“Gainesy,” Stephanie recalled. “Mrs. Gaines, but we called her Gainesy. We never went to daycare, but were in our own home.”

“She was like a second grandmother to them,” Karen said. “After Stephanie was born, I worked as a clinical instructor in Community Health Nursing for St. Joseph College. I supervised senior nursing students going into homes to do well-baby checks and provide nursing assessments of those with illnesses.”

Karen did most of her undergraduate clinical work at Providence Hospital, where Catholic University nursing students also had their clinical experiences. Both student groups had the same nursing cap, except for the color of the stripes; red and black for Catholic University versus blue and gold for St. Joseph College.

Karen investigated Catholic University’s graduate nursing program when she decided to seek a graduate degree to continue to teach nursing. She chose Catholic University, in part, because she wanted to learn more about her Catholic faith. She was able to attend because she received a federal grant that paid her tuition, as well as a monthly stipend to cover expenses for textbooks and childcare.

“I had to take a religion course and a philosophy course, even as a graduate student,” she recalled, adding some of her classes were with undergraduate nursing students, with whom she had a good rapport. She also has a special memory of her Catholic University commencement, which was held outside. “The girls were still little, they were 3 and 5 at the time, and at the ending procession both joined me, one on each side. I remember overhearing a man remark, ‘Well, they graduated really young.’”

“Having my master’s allowed me to go into teaching and advanced clinical nursing care. Without it, I wouldn’t have been able to get those promotions,” she said.

Karen’s granddaughter Caroline, a junior in the Busch School of Business, and her grandson, Chris, a master’s candidate through the Metropolitan School of Professional Studies, are now Catholic University students. 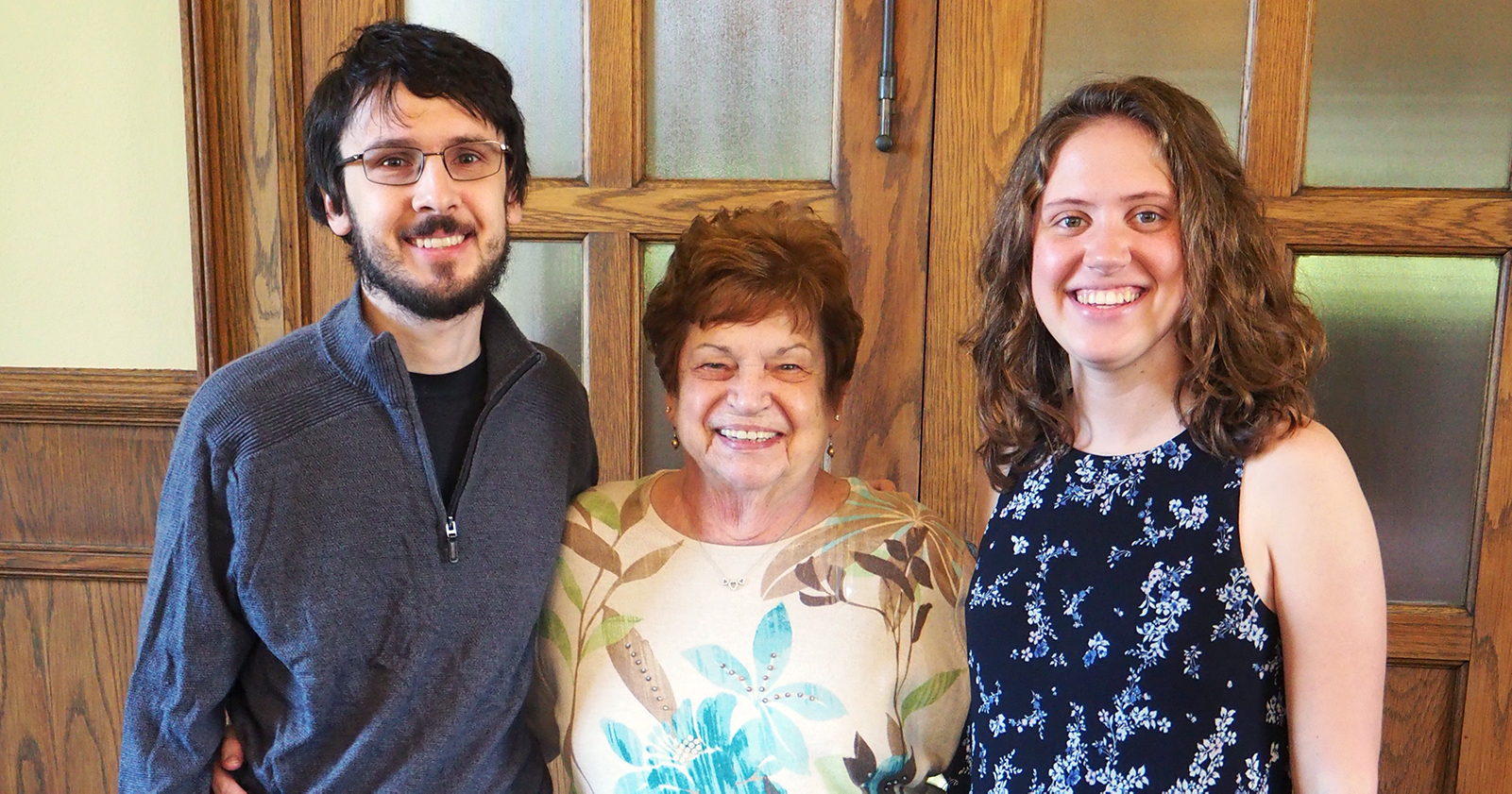 Karen still reflects with surprise that neither of their daughters — who both graduated from other Catholic universities – attended Catholic University. However, Stephanie’s daughter Caroline, a junior in the Busch School, and her son, Chris, a master’s candidate through the Metro School, are now Catholic University students.

Their gifts to Catholic University were made to ensure those with values similar to their own were able to get an education from a university that supports those values. Karen gave to graduate nursing because of her own experience, and to the Busch School because Caroline is a student there. She knows that everyone has different talents, and that it takes all kinds to make the world. 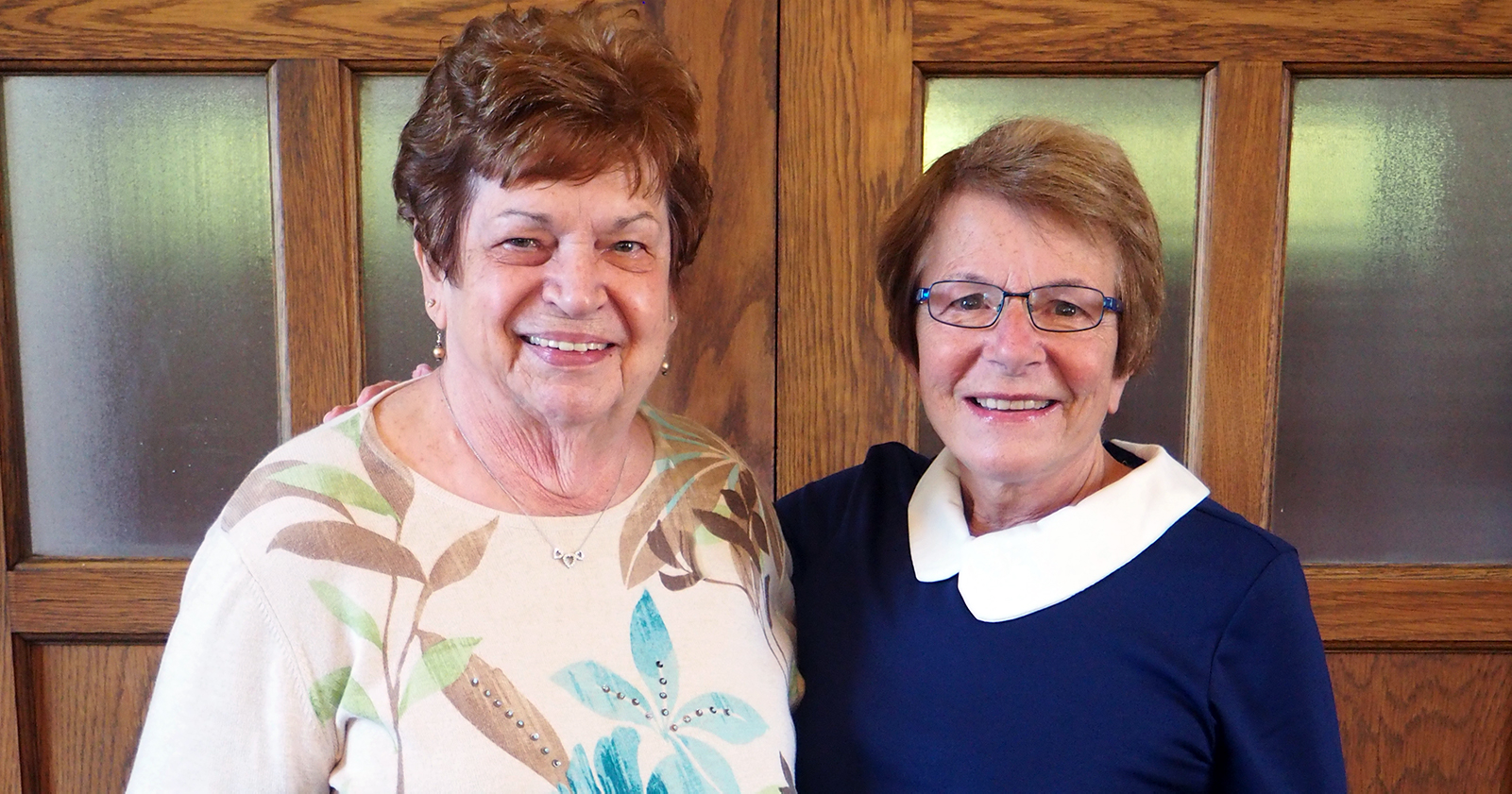 Dean Emerita Pat McMullen said Karen’s story is an important one, and her gift to the Conway School especially will make a huge difference.

“I love this story, and it is so important because, without the federal grant Karen received, she wouldn’t have been able to hire childcare that enabled her to go back to school,” McMullen said.  “We have lots of scholarships for undergraduate nursing students, but nothing for graduate students. This is going to change lives.”

“We were very blessed, and now want to be able to help other people,” Karen said. 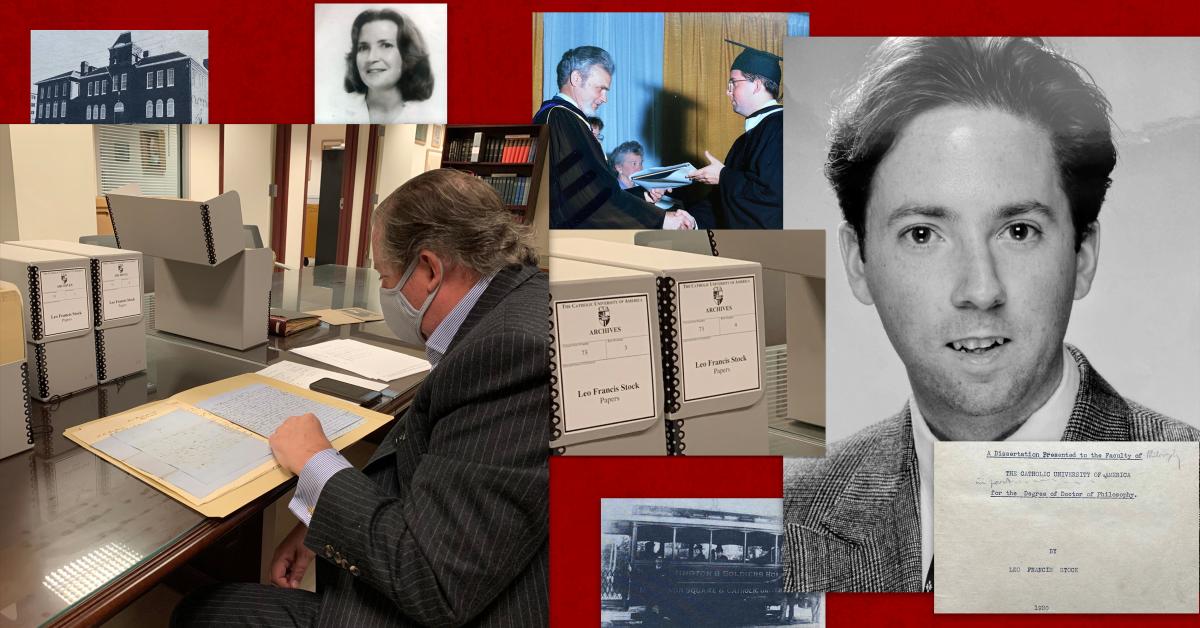 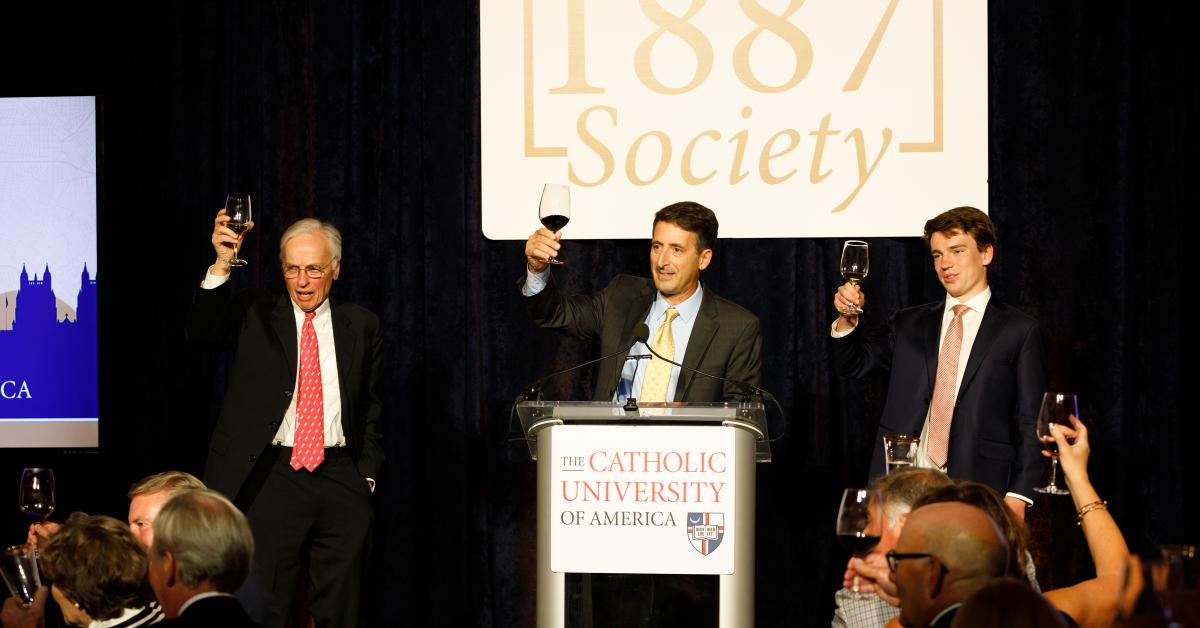 June 29, 2022
From June 3-5, Catholic University thanked those leadership-level benefactors by hosting the second annual 1887 Society Weekend. This special experience displayed the combined impact of the 1887 Society on the University and fostered a tighter sense of community among leadership annual donors.
Read More 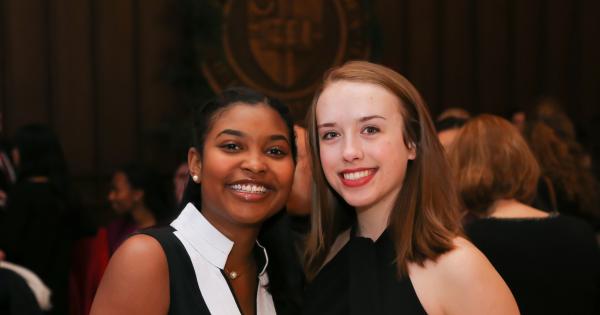 Scholarships open doors
More than any other type of philanthropic investment, scholarships directly and immediately impact our most important resource: our students. 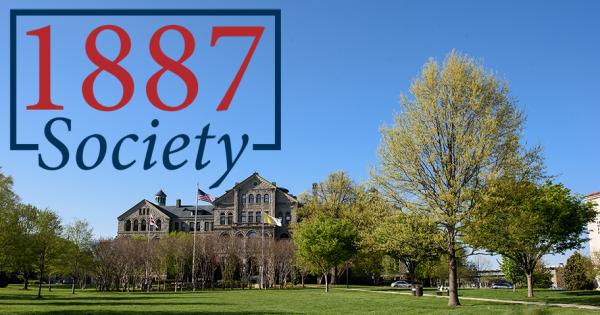 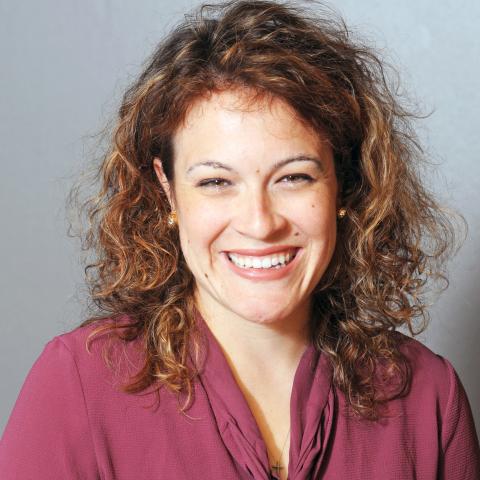