Light the Way Campaign Update: A Strong Finish to the Fiscal Year

While the past year was extremely challenging for the University in many ways, thanks to our dedicated community of alumni, faculty, staff, parents, and friends, Catholic University was able to surpass its fundraising goal for the year. During the Fiscal Year 2021, which ended on April 30, we received $70.24 million in gifts and pledges, well exceeding our goal of $50 million.

This was the sixth year of Light the Way: The Campaign for Catholic University. As of April 30, the Campaign has raised $380 million, bringing us 95% of the way to our $400 million goal. As depicted below in two shades of red, the largest percentage of the funding received (37%) has supported our academic enterprise in the form of current use funding for academic programs and research and endowed chairs, centers, and institutes. As depicted below in two shades of yellow, the second-highest area of support (23%) has benefitted endowed and current-use scholarships. The third-highest area of support (21%) has benefitted capital projects, the majority going toward the construction of the new Conway School of Nursing building and the renovation of Maloney Hall for the Busch School of Business. The campaign runs through FY22.

The following chart depicts where Campaign donors have directed their gifts thus far.

One of the year’s major highlights came on April 30, when Bill and Joanne Conway committed an additional $20 million in scholarship support that will benefit 160 Catholic University nursing students over the next five years. With this most recent gift, Bill and Joanne’s transformational support of the Conway School of Nursing has reached a total of $80 million since 2013, including $40 million in support of the new nursing and sciences building, which is expected to open in 2024.

Donors of all kinds have supported the University during its first comprehensive campaign. Individual donors, like the Conways, and Catholic University alumni have provided half of the funding for the Campaign to date. Foundations are the third-highest contributors, providing funding that primarily supports research and academic centers and institutes.

Three schools surpass Campaign goals; another on the verge

Three of the University’s schools surpassed their individual Campaign goals this year. The Columbus School of Law’s total currently stands at $25.4 million, making it the first school to achieve its goal. Part of this success is due to a $4.25 million gift that will establish The Project for Constitutional Originalism and the Catholic Intellectual Tradition, primarily by providing faculty support. In recognition of this achievement, Dean Stephen Payne was presented with the Campaign Cup on April 23.

The National Catholic School of Social Service (NCSSS) was the second to meet its goal, with a current total of $4.5 million. That includes a five-year, $3.2 million grant the U.S. Health Resources and Services Administration (HRSA) awarded NCSSS last June under the Scholarships for Disadvantaged Students Program.

The Conway School of Nursing was close behind, surpassing its $90 million goal with a total of $91.6 million. In addition to the Conways' generous gift, the school also received a $3 million cash gift from Ascension Healthcare to support faculty positions in the new Acute Gerontological Nurse Practitioner Program.

The Metropolitan School of Professional Studies is likely next, with 81.6% of its individual goal raised to date.

Success among all four Campaign pillars

The Campaign focuses on four pillars: Academic Environment, Student Success, Faculty Excellence, and Unrestricted Giving. The positive results of the Campaign can be felt across all aspects of the University.

As of April 30, Academic Environment is leading with $136.9 million raised in support of premier academic spaces and new academic programs. Mike and Liz, M.S. 2000, Ortner recently made a generous pledge to Catholic University to support the creation of the Ortner Fund for Catholic Classical Liberal K-12 Education and the hiring of an executive director for and to create an Institute for the Transformation of Catholic Education at Catholic University.

To date, support for Student Success has reached a total of $92.6 million. This pillar supports initiatives like undergraduate scholarships; new dining, recreation, and athletics facilities; and student career services. The new dining commons, which is expected to open in 2022, was made possible through the generous support of the CatholicU community, particularly an $8 million lead gift from an anonymous donor couple. Students, faculty, and staff recently signed a beam that was raised to the top of the Dining Commons.

A total of $86.7 million has been raised in support of graduate and undergraduate scholarships. Last summer, Vinny, B.M.E. 1983, and Ellen Sica strengthened their legacy at Catholic University by bequeathing $5 million to the University in support of scholarships for the School of Engineering and to endow the head coach position for the Cardinal Athletics football program.

Faculty Excellence has raised $72.3 million in support of priorities like fellowships for students and faculty, graduate scholarships, research centers and institutes, and endowed professorships. On April 20, Susan Wessel, Ph.D., was installed as the first James H. and Mary F. Moran Endowed Professor in the Origins of Church Teachings, a professorship made possible through a generous bequest from Alice B. Moran. To date, the Campaign has generated eight endowed professorship commitments toward its overall goal of 12.

This year, $2.5 million in cash has been raised for the annual funds for our 12 schools to be used to meet their immediate needs. Our annual Founders Day was an incredible success, with the CatholicU community coming together to make 1,059 gifts for a total of $313,443 in support of 80 different University programs.

On tour: A message of hope and the importance of welcoming the stranger

Another highlight of the year was the gift to the University of the 20-foot-long, 3.5-ton bronze sculpture “Angels Unawares.” Based on Hebrews 13:2 — “Be welcoming to strangers, many have entertained angels unawares.” — the piece calls attention to the plight of migrants and refugees and celebrates their many contributions to our society. After its dedication and blessing on the University’s campus in September 2020, the statue set out on a national tour. It is currently located in New Orleans; the next stop will be San Antonio, Texas. This fall, the piece will be permanently installed on campus in a new plaza that is being funded by philanthropy from individual donors. The plaza will be located between Gibbons and Father O’Connell halls. 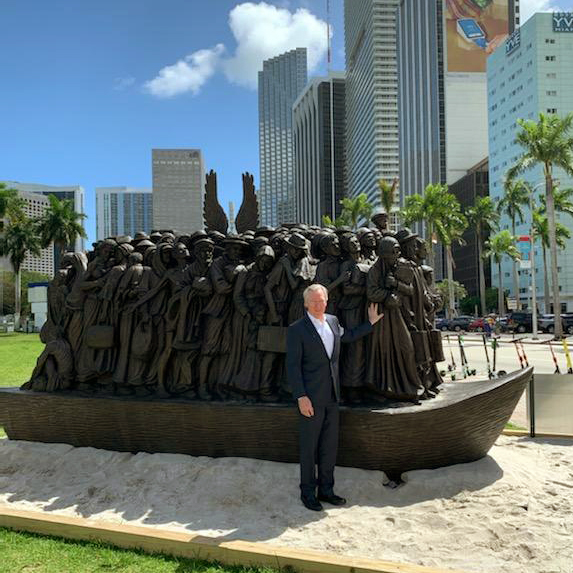 As we enter the final year of Light the Way: The Campaign for Catholic University, the University Advancement team will be working closely with each school to achieve its priority Campaign objectives, with a particular focus on Faculty Excellence initiatives. There is still time for members of the faculty and staff to help support their school’s Campaign. Please feel free to reach out to your Advancement officer directly with ideas about Campaign projects or to help facilitate introductions to potential funders. We are grateful to the more than 250 members of the faculty and staff across the University who have partnered with University Advancement to help drive external funding through the Light the Way Campaign. 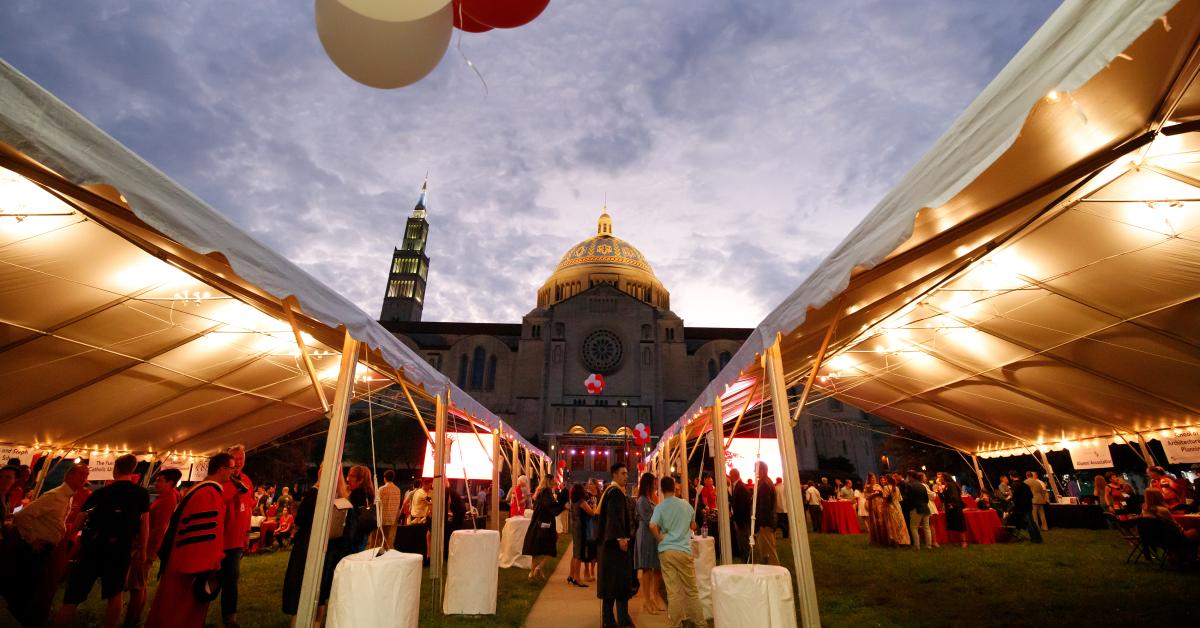 Campaign extended through 2023 with increased goal of $500M 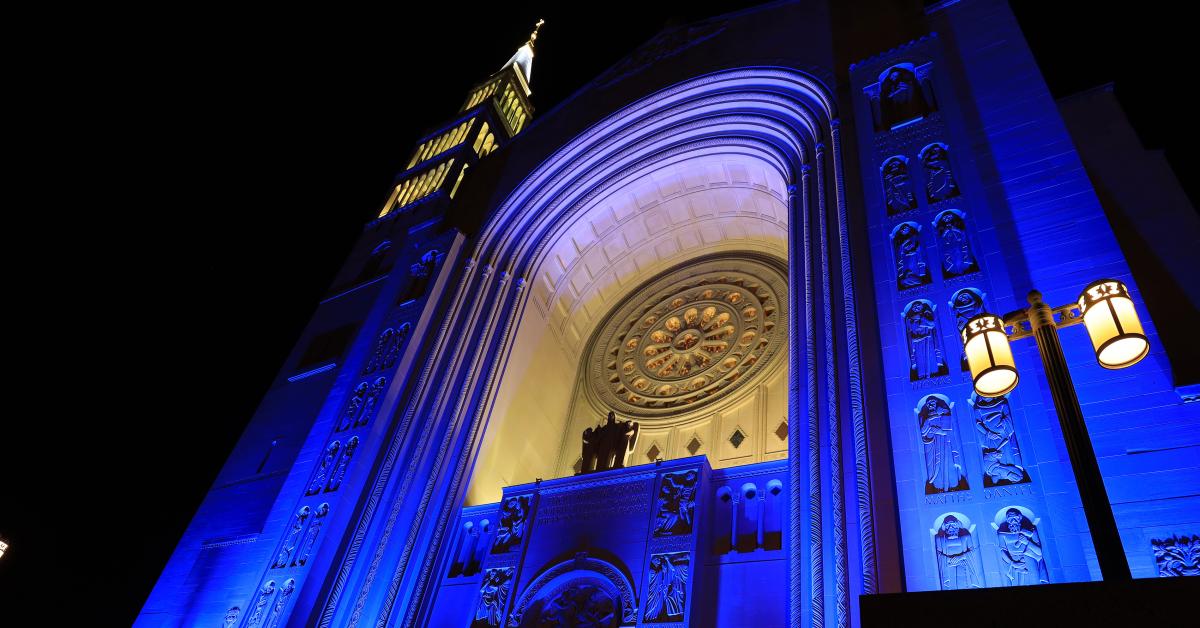 May 18, 2021
"While there were bumps along the way, we bested our fundraising goal for Fiscal Year 2021 by more than $20 million, with donors making gifts totaling more than $70.2 million."
Read More
Give Now 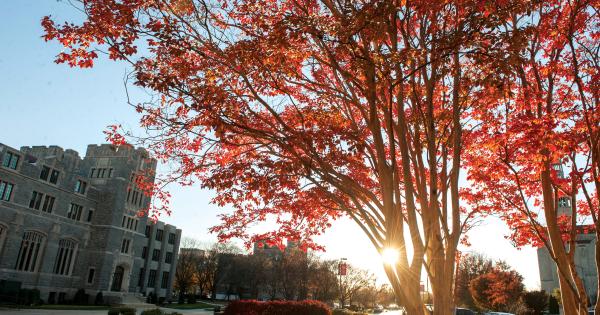 Contact us
Visit our staff directory to find contact information for staff in each of the University's 12 schools. Or, call our main line at 202-319-6910.