Then and Now: Photographs of changes at Catholic University

In the past 50 years, some parts of campus have changed drastically, but others are as familiar now as they were then. We've paired archival images from the 1970s and 1980s with photographs taken from similar vantage points in October 2020. Compare and contrast how Catholic University looked then with how it looks now!

Welcome to Fr. O’Connell Hall, the central meeting place for all prospective students and alumni. During most Cardinal Weekend events, you’d first stop by the Craves Family Alumni Center in the basement to pick up your name badge and welcome kit.

Upstairs, the sights and scents of a cafeteria are no longer a part of Heritage Hall, formerly Cardinal Hall. The hall, shown here in the late 1980s, complete with salad bars and other food stations — not to mention all those plants! — was restored in the early 2000s to its original grandeur. Now, this multi-use event space is more recognizable to students from the 1930s than the 1980s.

Now, we visit one of the most picturesque spots on campus. Join us for five fresh looks of spots near or on the University Mall, just steps away from the Basilica of the National Shrine of the Immaculate Conception.

Not much has changed between the time this photo was taken in 1971 and today, except maybe the location of trees on campus, cars on the University Mall, fashion trends… The Mullen Library, though, is timeless.

Inside the Mullen Library

Just as in this photo, taken in 1975, shows, the Mullen Library has long served not only its main purpose as a repository of books and knowledge but also as a display space. Even now, works of art and items from the University Archives are viewable here.

Not to be confused with the Edward J. Pryzbyla University Center — completed in 2003 — the Pryzbyla Plaza is the space in front of the library between Shahan and Gibbons Halls. How many differences can you spot from 1987 to now? The most obvious: students in masks.

Gibbons Hall from the University Mall

Paul Youssefmir, B.M.E. 1978, stands on the Mall then, while today the campus is emptier than usual due to COVID-19 restrictions. And while trees, too, come and go, whether in snow, sun, or dappled shade, the view on the University Mall looking toward Gibbons Hall remains largely unchanged.

McMahon Hall was the University's second building and continues to serve as its main academic facility. Although most well known for its giant statue of Pope Leo XIII, the building offers plenty of spaces for students to create lifelong memories.

The basement of McMahon Hall may be the happiest place on campus. Here, students joyfully retrieve care packages from home and feel a physical connection to their families.

Convenient for University students, faculty, and staff, little about the mail center has changed in the last 42 years. Except current mask-wearing policies, of course.

The 247-space parking lot behind McMahon Hall certainly gets a lot more usage now than it appears to have done in 1980. What will it look like 40 years from now? According to the 2012 University master plan, this lot will eventually be transformed into a green space.

Return to the top of the page

The west side of campus along Harewood Road is home to the Benjamin T. Rome School of Music, Drama, and Art. Join us for a look at music and theatre spaces.

Only landscaping, a light pole, and signage seem to mark the passage of more than 30 years outside of Ward Hall, the home to many of the University’s music students.

Whether now or back in 1978, the Hartke Theatre still remains home to students studying drama. The only difference is now the Drama Department is part of the combined Benjamin T. Rome School of Music, Drama, and Art.

Now home to the School of Philosophy and University Archives, Aquinas Hall, pictured both now and when it was being built back in the 1970s, was originally the Boys Town Center for the Study of Youth Development.

This is as far north as we're going on this tour of the campus. Beyond here, you'd find residence halls and athletics facilities.

What is now the University green between the Edward J. Pryzbyla University Center and the Columbus School of Law used to be the Brookland Stadium. The site of the old scoreboard is now a construction site, where a new dining commons is currently being built.

Take a seat at your drafting table and pull out your rulers. We're ready for STEM classes!

These sturdy steps, shown in this photo from 1974, have been supporting students in the School of Engineering since Pangborn Hall was built in 1961.

The Edward M. Crough Center, home to the School of Architecture and Planning — built in 1919, it was originally the University’s gym; did you know there used to be a pool in there? — is shown now and in the late 1980s. Since then, it has undergone two renovations. The building also received a facelift just this past summer.

What is now the Della Ratta Auditorium recently underwent an extensive restoration as part of the Maloney Hall renovation from old chemistry labs to the home of the Busch School. The technology in the auditorium was also updated, and professors now no longer have to rely on overhead projectors to teach their courses.

Who wants to guess how many hungry Cardinals took advantage of what was once a Pizza Hut in this prime location on Michigan Avenue, across the street from campus, as seen in this photo from 1980? Catholic University students have to feed their pie fixation elsewhere these days, as the building is now the Bennett Babies Child Development Center.

The area around campus has changed considerably since the 1970s. What was once South Campus is now Monroe Street Market. Artists and craftspeople can be found along the Arts Walk, and every Saturday, members of the community enjoy a farmers market just outside the Brookland-CUA Metro Station.

Construction of the Metro Station

The Class of 1978 marveled at the wide, muddy ditch that was being turned into the Brookland-CUA Metro Station.

This view hasn’t changed much: the dome of the Shrine still towers above the roof lines of other nearby Brookland buildings. Only the Holiday Inn that was there in late 1970s is gone. And does anyone wear plaid trilby hats anymore?

The Newton Theater, pictured here in 1974, opened in 1937, and served as a movie and entertainment venue for the Brookland neighborhood and Catholic University students for decades. The building, now a CVS pharmacy, was placed on the National Register of Historic Places in 2007.

Whether you knew it as the “thrifty, fun store” buying yearbook ads in the late 70s, or are more familiar with the store today that offers an extensive wine selection, Michigan Liquors has been serving the Brookland neighborhood for more than 50 years.

Thanks for joining us

Thank you for joining us for this journey through time across the Catholic University campus. Please share your favorite memories and photographs on social media with #CardinalWeekend2020.

Be sure to check out the full schedule for Cardinal Weekend 2020, and join us for another activity.

Update (November 19, 2020): When we created this photographic tour, we misidentified an image from 1973 and paired it with an image of a hallway in McMahon Hall. We thank Jerry Hoffman, B.A. 1973, M.A., 1975, for pointing out that the 1973 image actually portrayed a hallway in Gibbons Hall. We have removed the incorrect pair from this page.

This tour is dedicated to the many photographers of campus, especially those whose images appeared in Cardinal Yearbooks. Some photographers are clearly identified; others are not; all are appreciated for documenting our beautiful campus.

Catholic University offers several virtual tours of campus. When you've finished with our Then and Now look at campus, go on one of these tours: 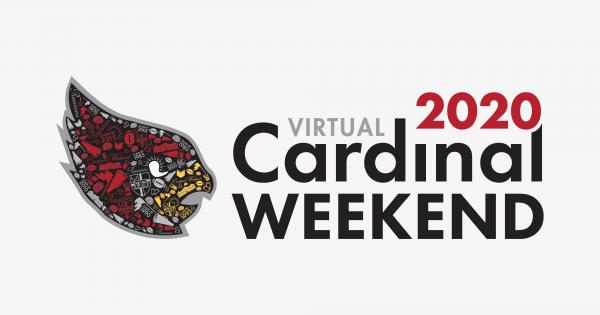 Full schedule
See everything the virtual event has to offer with this detailed schedule of Cardinal Weekend 2020.
Social media

When you post to social media about the fun you’re having at this year’s Cardinal Weekend, use one of our hashtags to ensure that your post appears on our social media wall! 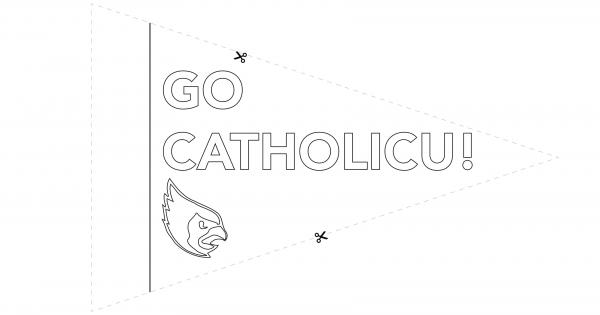 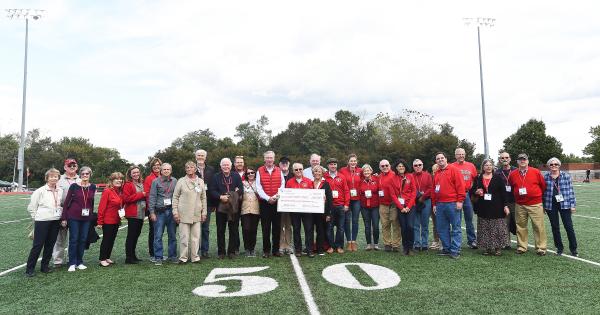 Reunion Class Challenge
During your reunion year, we challenge you to show your Cardinal pride in a special way as you compete for one of the four alumni cups! 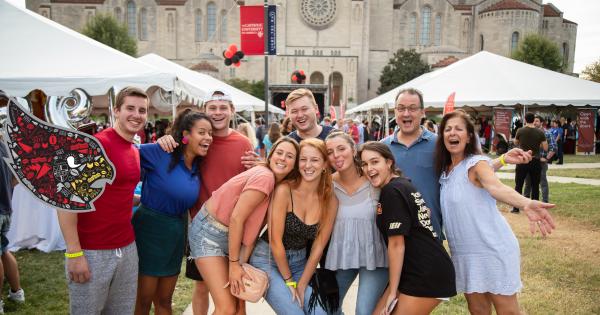 Cardinal Weekend
Cardinal Weekend is our annual homecoming and reunion extravaganza. We encourage all alumni, parents, faculty, staff, and students to join us for this largest gathering of The Catholic University of America's extended family.
Questions? Suggestions?