Meghan Coyne, B.A. 2004, said she’s been cooking for as long as she can remember. It all started with making messes in the kitchen as a kid, experimenting with recipes she found in kids’ cookbooks.

“I always had a passion for cooking, and I loved reading food magazines and cookbooks,” she said.

She learned a lot about cooking, too, from both her mom and grandmother, so Coyne naturally cooked for her friends while a student at Catholic University, where she majored in Media Studies and minored in Philosophy.

“I was lucky enough to attend Catholic University at a time when a class in Food and Media was offered,” she said, a class that helped her realize she wanted to work in food media.

“I spent a lot of time cooking for my friends and gathering everyone together for dinner parties and snow-day brunches in our apartment. For many years after graduation, my friends from Catholic University would throw an annual Christmas party where I made all the food.”

After earning her B.A. in 2004, Coyne went to culinary school. She received a certificate of culinary education from the Institute of Culinary Education in New York City in 2005, and worked briefly in the Good Housekeeping test kitchen. But then she landed her dream job on an Emmy-winning daytime TV show.

“In 2006, I was hired to be the recipe writer for the Martha Stewart Show, where I worked for six years,” she said.

“At any skill level, food has a way of bringing people together, whether it be a simple meal or a large party,” she said. “It brings me so much joy to be able to facilitate such gatherings through my cooking.”

Aside from feeding her friends, Coyne said her favorite Catholic University memories center around living in Spellman Hall during her first year.

“I made lifelong friendships — mostly thanks to chips and salsa and my large TV,” she joked. “Being at the very far end of campus was really a bonding experience for those of us that lived there. I still talk to my ‘Spellman girls’ almost every day, even though we graduated more than 15 years ago.”

The group still gathers for holiday parties and weddings, and to celebrate births and milestone birthdays. They’ve returned to D.C. for numerous Cardinal Weekends, too, in spite of living in various parts of the country.

“Making these lifelong friends was such an unexpected and precious gift.”

“With these two degrees, I hope to be able to help small businesses in the food and hospitality industry tackle food insecurity in communities and help conserve agricultural lands and other important food resources that promote ‘eating local,’” she said. “It may not have been my degree per se, but being a part of a community and being of service to others was also one of the most important things I learned in my time at Catholic University. What better way to achieve these two goals than by bringing people together through food?” 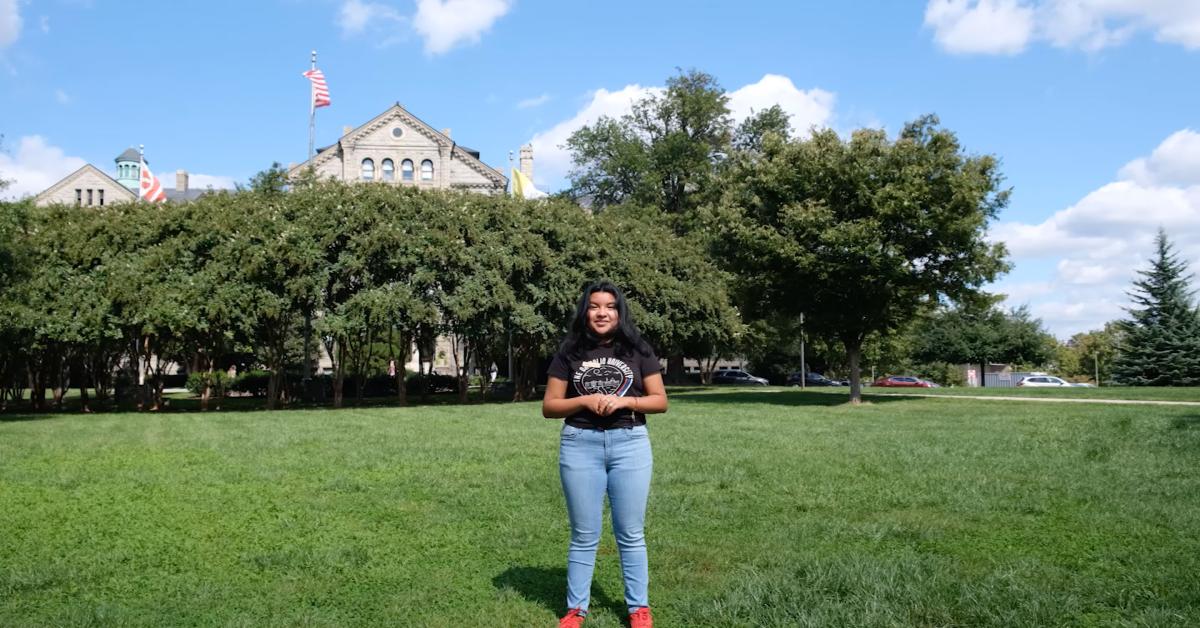 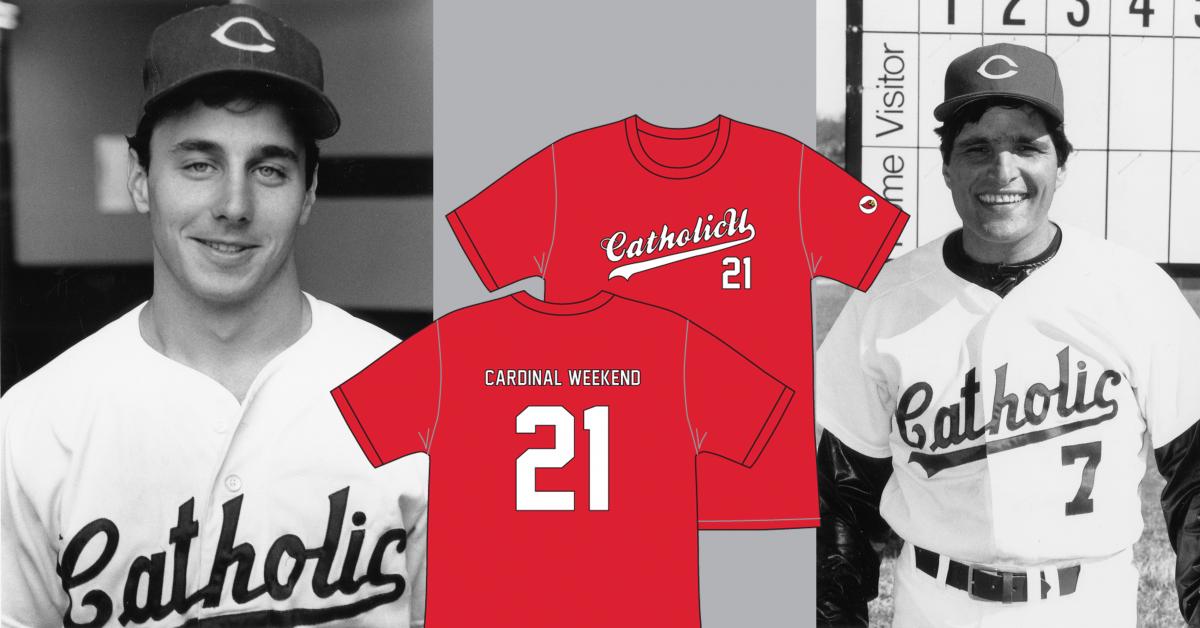 Soft, comfortable, and ready to become your new favorite shirt: We're proud to present our Cardinal Weekend 2021 T-shirt! Inspired by the baseball jerseys once worn by Brian Cashman, B.A. 1989; Ross Natoli, head baseball coach; and other greats from the Catholic Baseball 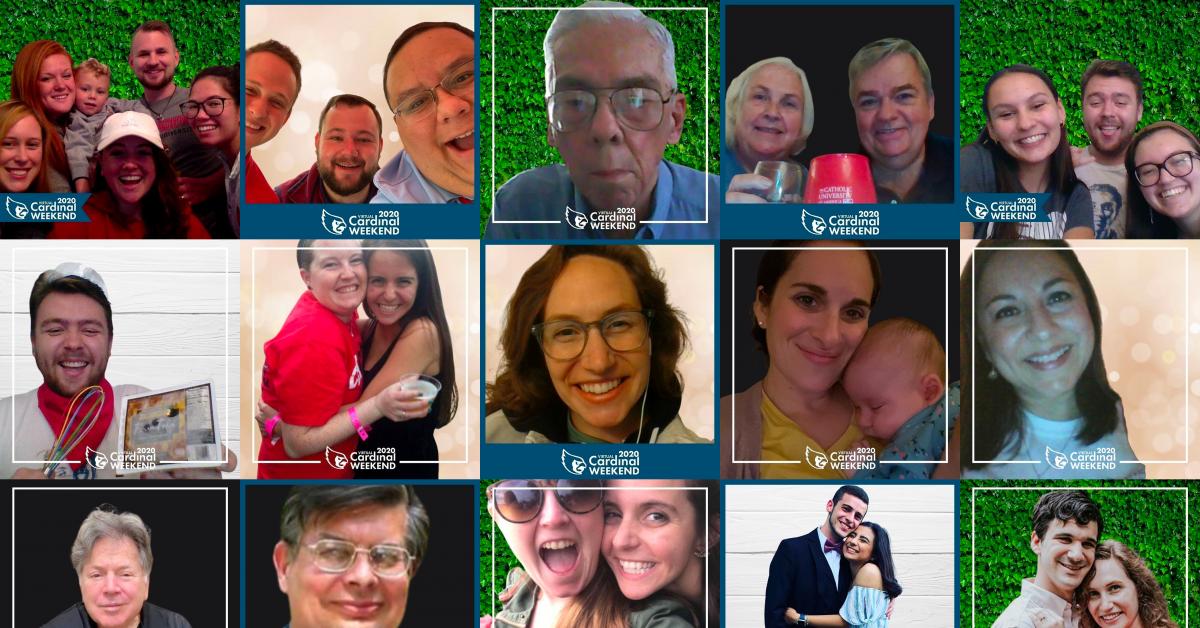 January 27, 2021
Even in 2020, the competition went on! After 12 months, three of the 2020 reunion classes earned trophies for performing the best in the 2020 Reunion Class Challenge. Now that we've tallied the results for the full year, we're proud to introduce these latest winners of the reunion cups.
Read More
Cardinal Weekend