Mary Bruton Sandifer, B.A. 1975, lives in the Bordeaux region of France, where she and her husband and children run their family winery, Domaine La Tourbeille. She also recently published her first novel, Jeanne: Seeds of Infinity, a multi-generational, coming-of-age story about a young French girl who is introduced to the powers of nature.

This summer, Sandifer visited the U.S. to explore additional market options for the vineyard's wines — which include several varieties of Bordeaux and a Bordeaux Rosé — catch up with family and friends, and hold a book reading at The Writer’s Center in Bethesda Md. She also spent an afternoon on campus reminiscing about her time at Catholic University. 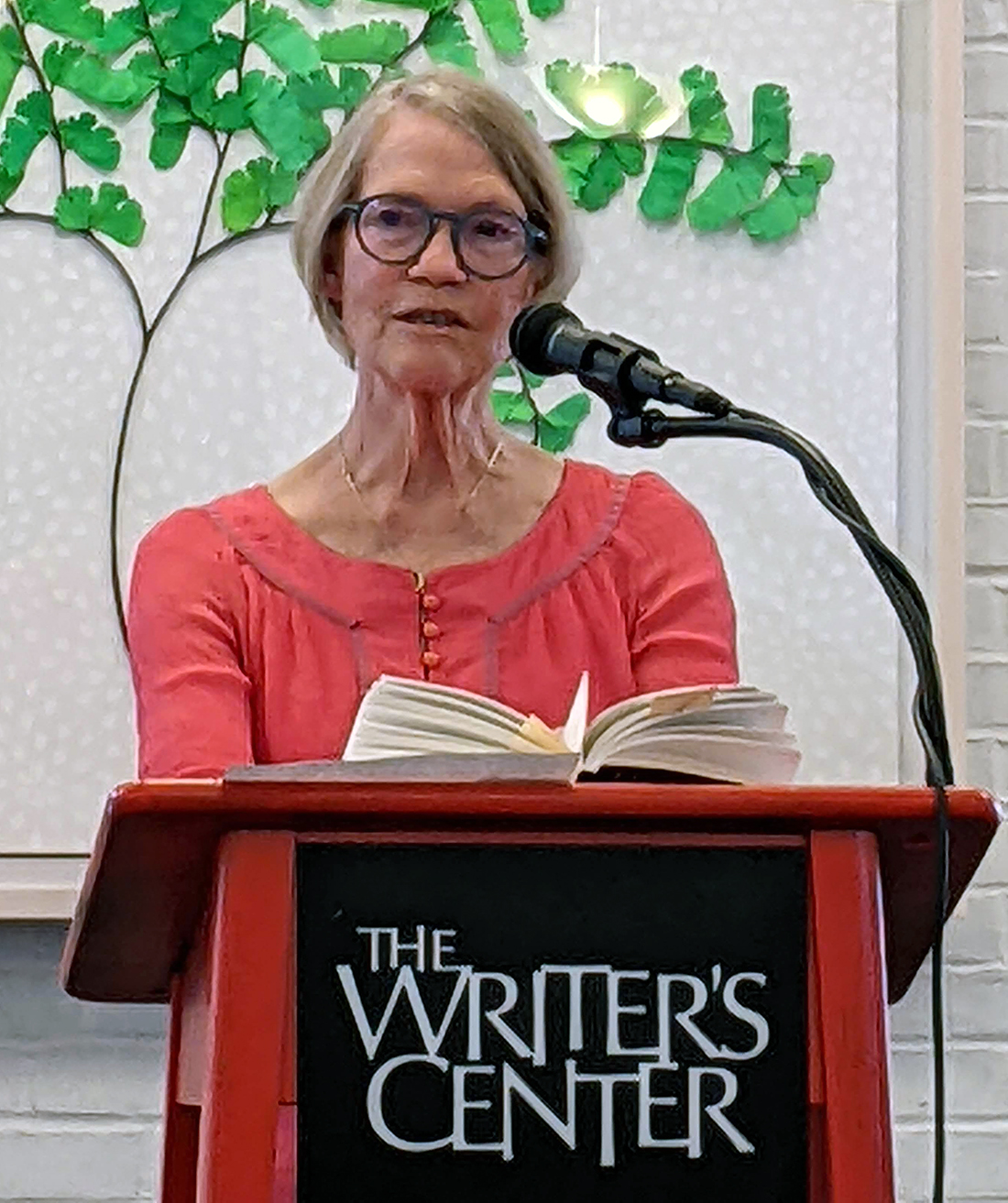 “My favorite academic memories are of small classes. We were taught to think. Catholic University had great teachers. They were so open.”
— Mary Bruton Sandifer, B.A. 1975

Mary, whose father, John, B.E.E. 1935, and sister, Ann Kennedy, B.A. 1978, are also University alumni — Ann received an early Title IX scholarship and captained the University’s swim team — nearly didn’t choose the University, but her friend Bernadette Driscoll Engelstad, B.A. 1974, persuaded her. Aided by a scholarship, Mary discovered wonderful professors.   She lived in Ryan and Cardinal (now O’Connell) halls — the latter was only reserved for seniors, and Mary recalled being able to look down into The Rat, now the Craves Alumni Center, from her large windows — competed on the University’s co-ed gymnastics team, and was a member of the fine arts club. “We created a medieval festival, with costumes, music, medieval food, and dancing. Joan Dowd ran the dance program.”

“I was one of seven kids, and everyone was going to (the University of) Maryland. Bernadette was ahead of me a year in high school, and she said I had to come to Catholic University. She said I would get a scholarship if I majored in political science. She’s so hilarious, but I did get a scholarship.”

At first, Mary lived at home in Silver Spring and commuted to campus. “My biggest mistake, at first, was that I didn’t go to freshman orientation.” But she eventually found her footing and moved into Ryan Hall. Taking classes outside political science soon led Mary to change her major to literature.

When she was studying French literature, Mary had no idea she would one day live in France and run a winery.

“Dr. Joseph Williman was our French professor. He also taught French literature, old French, and medieval studies. He helped me do an interdisciplinary degree,” she said, although such a thing didn’t really exist at the time. Mary’s senior thesis was a comparative study on the influence of medieval literature and art on 19th century literature and art, especially the pre-Raphaelites. “He said we’d just call it belles lettres,” she said.

She recalls Dr. Williman’s classes with fondness — “he pushed us to have a eureka moment,” she said, adding “My favorite academic memories are of small classes. We were taught to think. Catholic University had great teachers. They were so open.”

When she left the University, a recession hit, Mary recalled, adding she was a bit aimless, as Catholic University had nothing like the Center for Academic and Career Success at the time. “I worked two jobs, one as an assistant to Dr. Williman, the other waiting tables. Thanks to Dr. Williman, I helped teach his summer class in Civilization.” When Sir Kenneth Clark, a famous British art historian, broadcaster, and museum director, came to campus, Mary escorted him around.

Mary applied to graduate school, but wasn’t accepted because she needed a third language. Following a trip to Europe, where she also took classes in Italian at the University of Florence, she landed a job at the National Endowment for the Arts (NEA).

“I started as a clerk-typist,” she said, although she met a number of famous people, including choreographer Jerome Robbins, while serving as secretary to Mary Ann Tighe, who is also a Catholic University graduate. “She was a wonderful mentor. She showed how you can incorporate personal flair, graciousness, and warmth into a business situation. And to treat everyone respectfully, no matter how lowly their position.”

It was during her time at NEA that she met her husband, John, an advocate for public media and a community broadcaster, and later a consultant in software applications in the financial world.

After they married, they visited his family home, La Tourbeille, in France. “The house was a chateau, with a tower.” He hadn’t mentioned the chateau, and Mary couldn’t have been more surprised. “And then he said, ‘this is more of our land,’” she added, demonstrating an arm sweeping to take in a view.

The couple initially settled in Manhattan, although they moved on to London, Paris, and Brussels. Life in Europe eventually became permanent, and they welcomed three children, a daughter, Genevieve, and sons, Julien and Henri. They spent summers at John’s parents’ home, settling there permanently about 15 years ago.

“The original building was started during the Renaissance, when it was a hunting lodge for Henry IV,” she said, adding it sits on a bend of the Dordogne River where boats would dock; in the past people often traveled by boat because going by water was safer than traveling over land, due to brigands. “It’s a beautiful vantage point.” The original winery — Mary and her husband sold the chateau about five years ago — was built into a hill, and the wines were made and stored underground to keep them at an optimal temperature.

“The grapes went into these huge wooden vats,” she said, adding the original ones were still in place when she first moved there. Red wine, she explained, comes from red grapes that are macerated for three to six weeks, while grapes for white wine are usually pressed right away.

Writing a novel was another idea that had long been brewing in Mary’s mind. She said it went back to playing games of pretend when she was a child. “I used to make up stories and imagine all sorts of characters and plots.”

She turned away from the idea of writing for a while, however, when her mother encouraged her to pursue other career options. “But my first and favorite class at Catholic University was a writing class.”

“At first,” she said, “we had no knowledge of wine making,” and an early spoiled batch of Rosé became a plot point for her book. 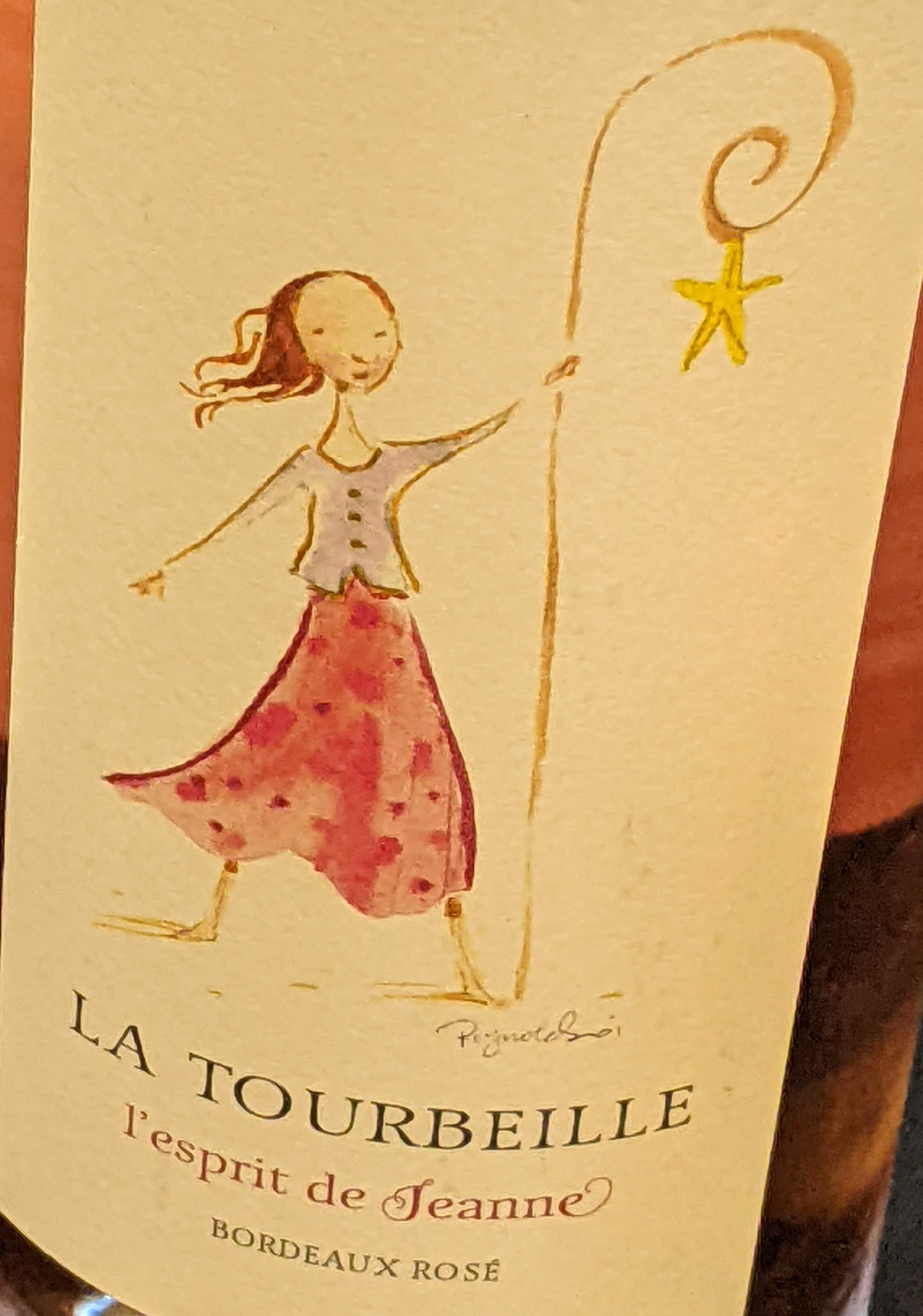 When she was studying French literature, Mary had no idea she would one day live in France and run a winery. “As a child I dreamed of living in a castle in France,” she said. “But I went to an ordinary Catholic school, where I had French lessons in Kindergarten and I learned to sing French songs and French poems. It’s funny how dreams come true.”

When she initially left the NEA, Mary worked as a freelance writer crafting corporate communications and speeches in New York. “I also took a playwriting class at one point, which helped with speechwriting.”

She said she’d had ideas swirling in her head for years. When they didn't go away, she knew they were worth pursuing. “The moment will come when they’re stronger than you are.”

Mary stressed making time to write, even if it's only two mornings a week. “You never know when you will be able to carve out a few minutes,” she said.

“I wanted the book to express the idea that in order to do battle with evil, Jeanne must be able to touch the soul of the evil man. And that we all have a part to play in God’s work because we are God’s hands.”

Her inspiration for Jeanne started at the vineyard. In talking to local farmers, she learned of government laws prohibiting farmers from buying certain traditional seeds, indirectly promoting a monopoly on seed sales to specific companies. She started writing the book in 2015, waking up in the predawn hours on winter mornings to take advantage of the early silence. She’s considering a sequel, although she said “my son jokes we need to sell more wine first.”

“I love coming-of-age stories. That’s why I wrote ‘Jeanne,’” Mary said, stressing, however, that that type of story doesn’t have to be about someone young. “You can have a coming-of-age story at 40, or 60, when something huge happens to you and you have to pull yourself up by your bootstraps.”

She was also inspired by her favorite saints and philosophers. “Jeanne is a good person, but everything is taken away from her, and she has to make a choice.” Mary said she quite enjoyed writing the villain of the piece, but worked hard not to make him a cliché. “I wanted the book to express the idea that in order to do battle with evil, Jeanne must be able to touch the soul of the evil man. And that we all have a part to play in God’s work because we are God’s hands.”