the only program in the D.C. region
for B.F.A. in Acting for Theatre, Film, and Television

program and full-time faculty position
funded by an art education gift of $593,000 from the late Lorraine Chanatry-Howell, M.A. 1959

are generously supported
by a major gift from the Sheehy family

Enriching the arts through a storied curriculum 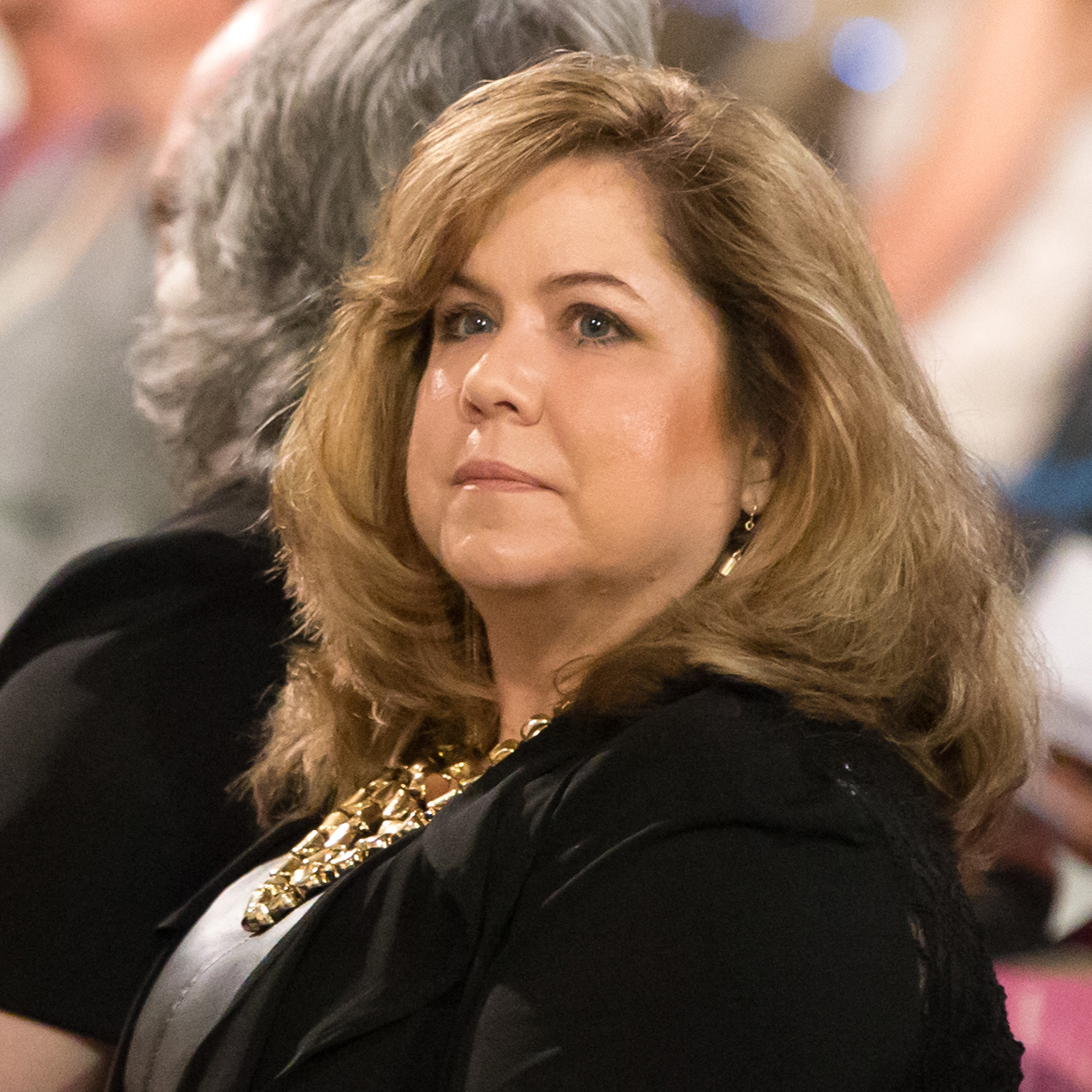 From the institution of the University’s drama school by the Rev. Gilbert Hartke in the 1930s, to the combination of the programs of music, drama, and art into the Rome School in 2018, Catholic University has long celebrated and enriched the arts through its curriculum.

The main Campaign priority of the Rome School of Music, Drama, and Art is garnering support for a new visual and performing arts center. Other goals include the creation of a sacred arts center and the ability to offer additional scholarships, recruit new faculty members, and institute new music technology and cinema studies programs.

“Art in all its various forms resonates, reflects, and intersects with life in many different ways. We often speak of art and life as a metaphoric relationship; one where art is associated with the constructs of an external, public world, or as one where art blossoms within one’s private existence,” said Dean Jacqueline Leary-Warsaw in September 2019 during her convocation speech to the Class of 2023. “Our goal is also to increase knowledge and appreciation of artistic beauty as a means to achieve greater union with God.”

This includes enabling faculty to conduct important research, as well as offering students the opportunity to travel abroad. In 2019, for example, Ivo Kaltchev, head of the Piano Area and ordinary professor of music, took four piano students to the Orpheus International Music Academy and Festival in Vienna, Austria.

The Art and Drama departments have already received significant gifts as a result of the Campaign, including a six-figure gift from Lorraine Chanatry-Howell, M.A. 1959, that generated a new art education program, funded a full-time professorship, and created an endowed scholarship fund for art education students. In the Drama Department, the Gattnig Memorial gift created undergraduate scholarships, helped upgrade the Hartke Theatre, and purchased production supplies. The Foeller Trust also provided funding for additional Hartke improvements and upgrades to classrooms and studio spaces.

The Rome School has developed and approved a new degree program, the Bachelor of Fine Arts in Acting for Theatre, Film, and Television. No other university in the Washington, D.C., region offers this degree, which provides intensive training in acting, movement, and voice.

from the Estate of Therese Marie Gattnig
to support undergraduate scholarships, facilities, and supplies 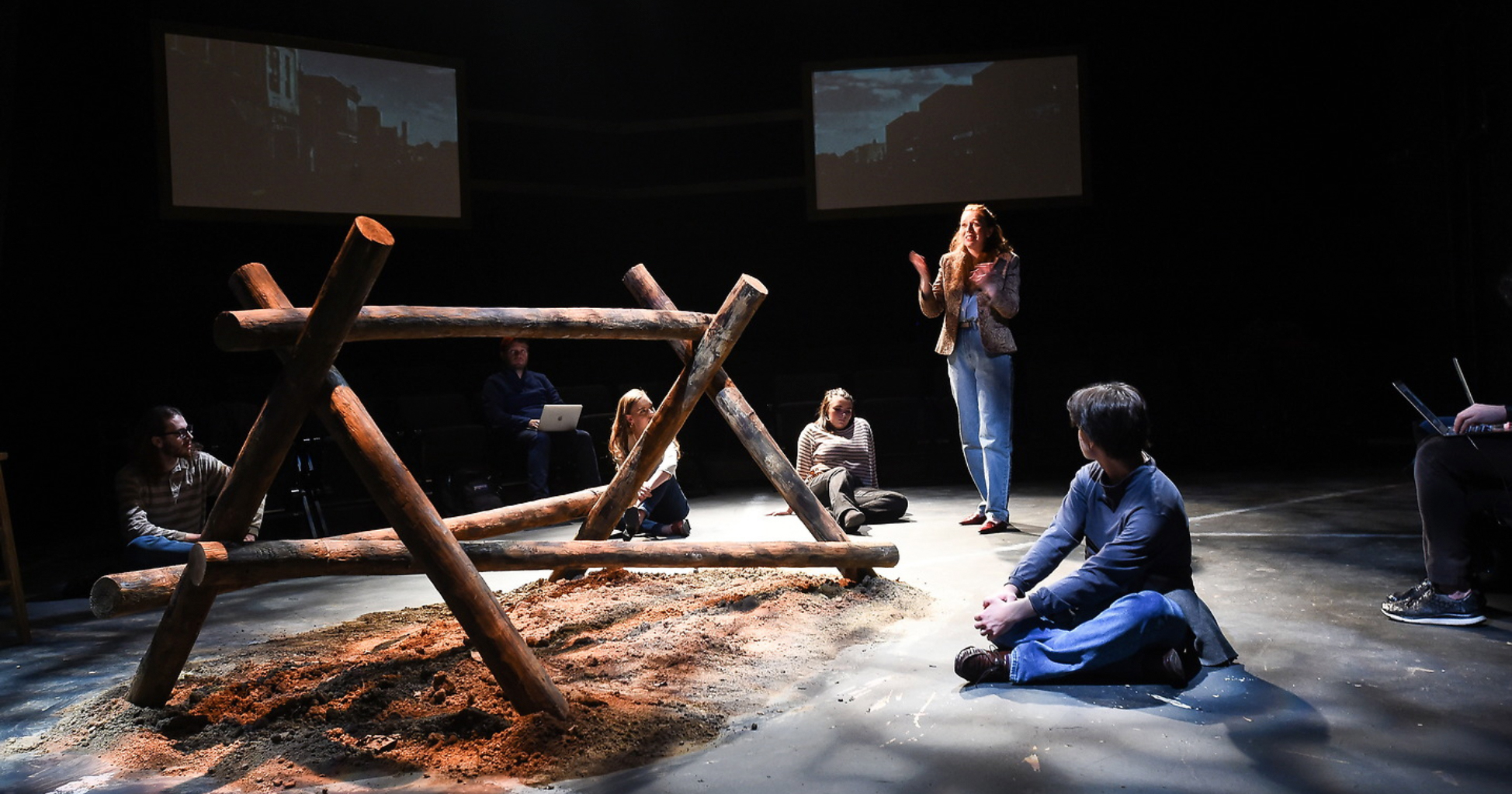 from the Martin J. Foeller Residuary Trust
established in memory of William B. Foeller
to upgrade classrooms, studios, and performance areas

A community of creative minds 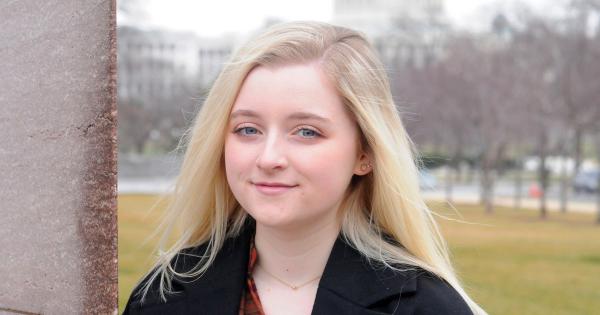 First winner of a new arts scholarship
Josie Ziemski, Class of 2023, is the first recipient of the Karen Laub-Novak Art and Faith Scholarship, which was created as part of a $1 million term endowment by the Novak Family Foundation. 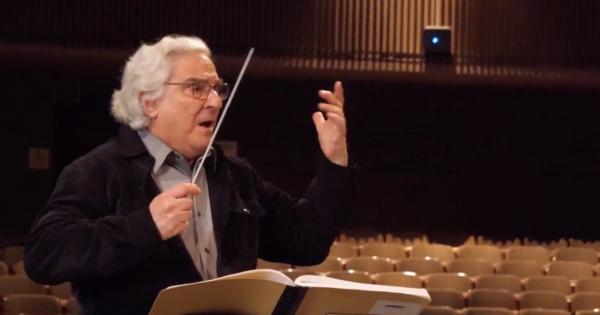 Sidlin recognized by provost
During Research Day 2020, Murry Sidlin, ordinary professor of Music, was awarded Catholic University's prestigious Provost Research Award for Creative Arts for his outstanding contributions to the music field on a national and international level. 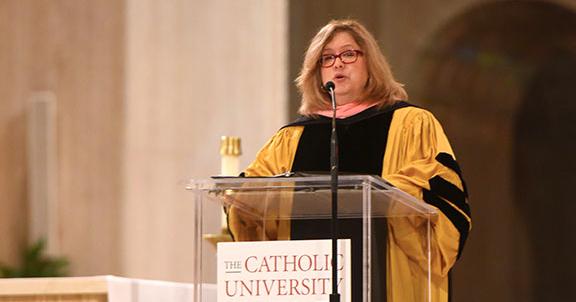 Rome School dean addressed Class of 2023
Dean, professor, alumnus, and parent: Jacqueline Leary-Warsaw, M.M. 1988, has many ties to the University. In September 2019, she addressed the Class of 2023 during convocation, opening the minds of the students to the riches that come with a Catholic University education.
Light the way with the Rome School

The programs within the Rome School of Music, Drama, and Art share a common goal of striving to uplift the human spirit. 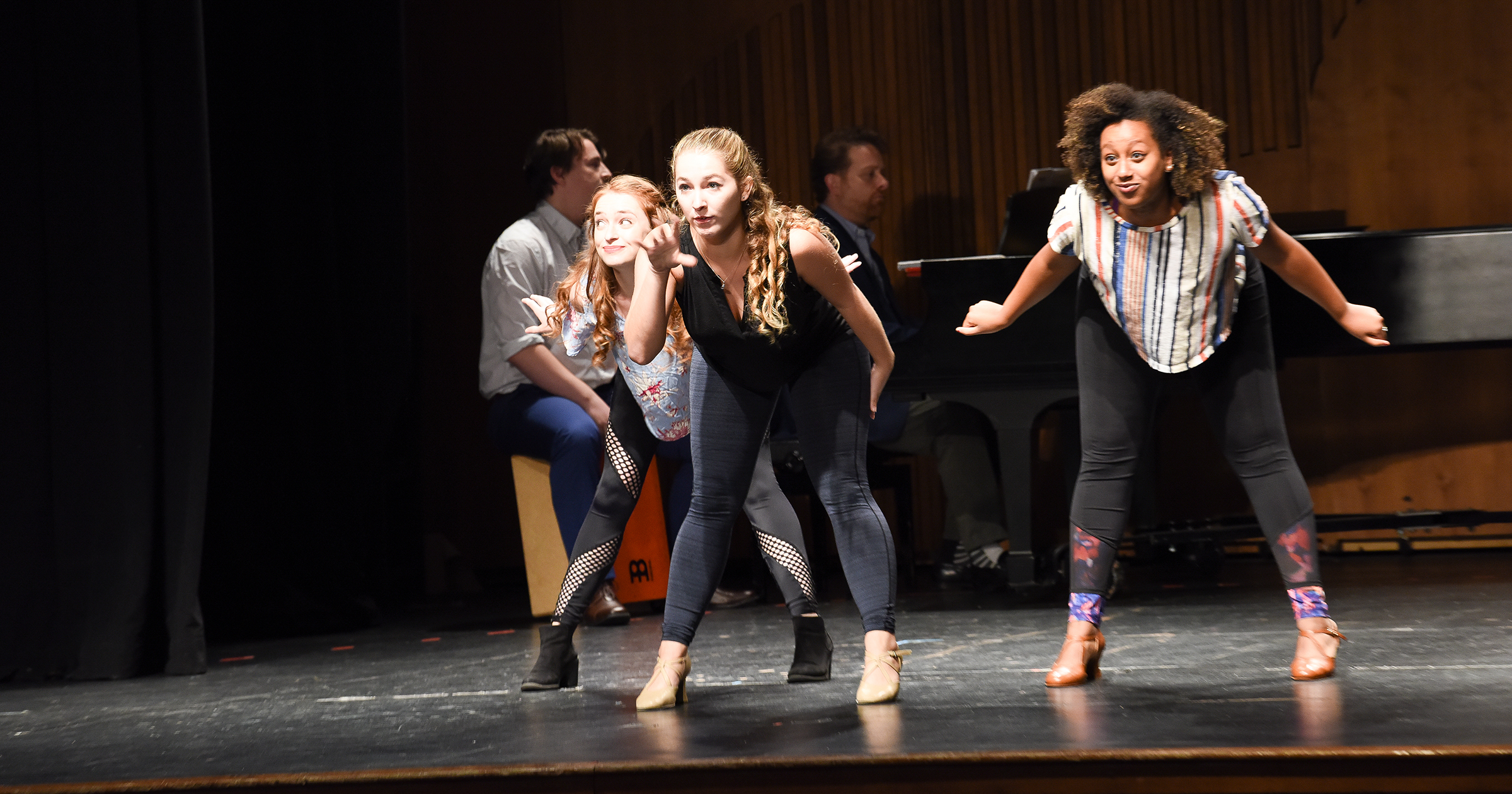 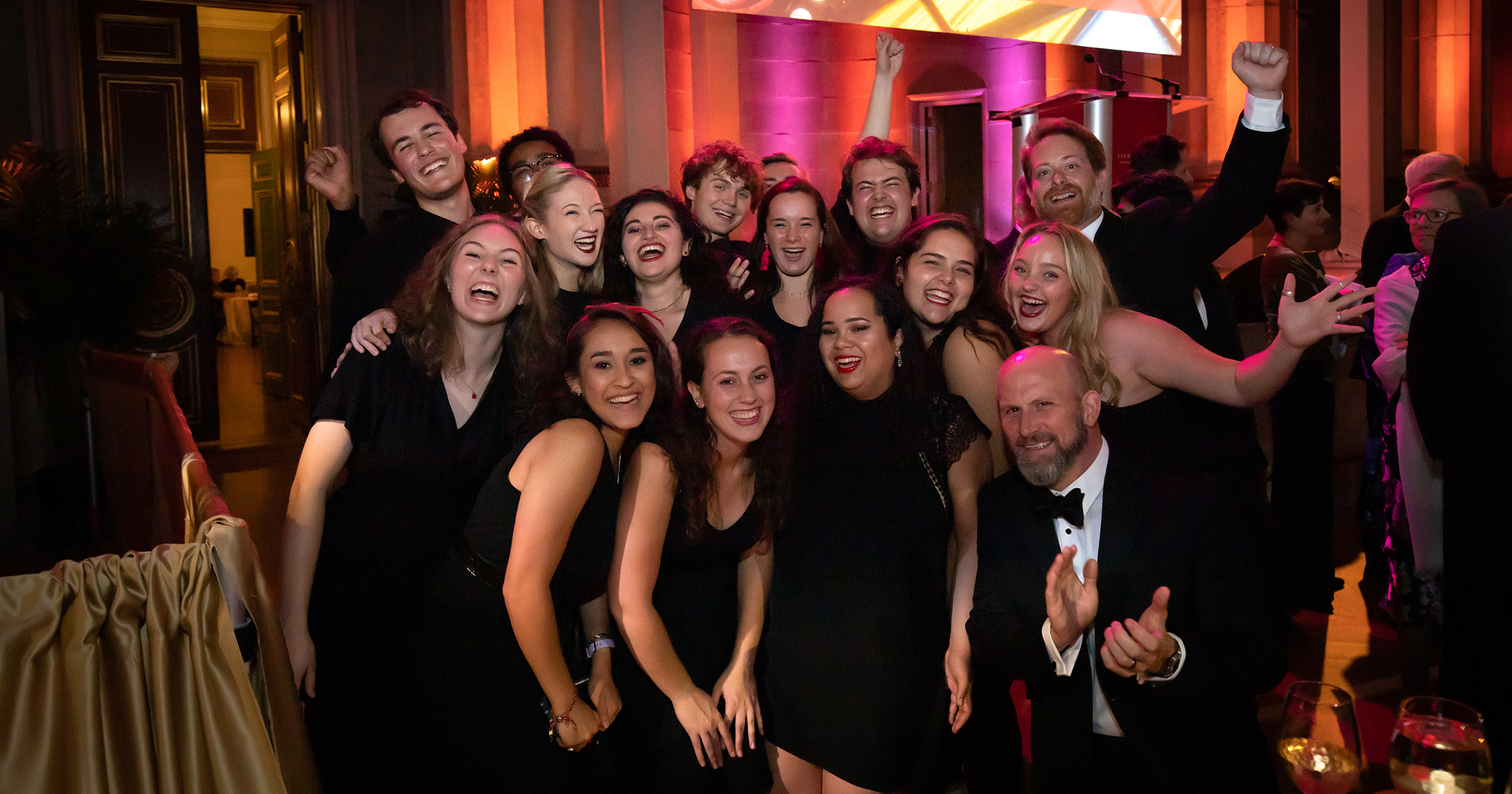