Faith through dialogue: Feast of St. Francis of Assisi

The Catholic University community often refers to itself as a family. As a matter of fact, we just celebrated Family Weekend, and today, the Church celebrates the feast day of St. Francis of Assisi, spiritual father to every Franciscan for the past 800 years.

It was not Francis' intention to form a new religious family; he just wanted to do the will of God. But, the Lord knew that Francis needed a family of brothers and sisters to carry out the renewal of the Church. Francis realized that the will of God meant that he needed to accept brothers and sisters into a way of life that placed a premium on creating room in one's own heart for God and others. By following the poor Christ who "emptied Himself and took the form of a slave," Francis and his new family were called to love and serve every person and to care for our common home.

True dialogue creates understanding and casts out fear. […] Dialogue and encounter are not experiences to be feared or threats to our own faith life; rather, they enrich everyone's life and education.

So passionate was Francis' desire to be in fraternal relationship with all people that he went to the court of al-Kamil, the Sultan of Egypt during the Fifth Crusade, with the intention of converting the Sultan. Impressed with the authenticity of Francis' love for God and neighbor, al-Kamil allowed the poor man of Assisi to depart in peace. And, Francis learned that his desire for universal brotherhood extended to the Muslims and others who were different from himself.

What a beautiful lesson for our own time. In a world divided by politics, religion, and ethnic and racial tensions, Francis' dialogue with the "other" who was so different from himself is an important example for us as Christians and people of good will. To see a sister or brother with the same desire for respect could change the tenor and tone of our modern disagreements. True dialogue creates understanding and casts out fear.

As a Franciscan Friar, I count it a privilege to minister at a university that values every person. Our Catholic University community is enriched by our Muslim sisters and brothers, many of whom set a high bar by their piety and religious practice. Their example can spur Christians on to pursue a fuller understanding of our own faith and practice. Dialogue and encounter are not experiences to be feared or threats to our own faith life; rather, they enrich everyone's life and education. I am grateful to be a part of this Catholic University family. 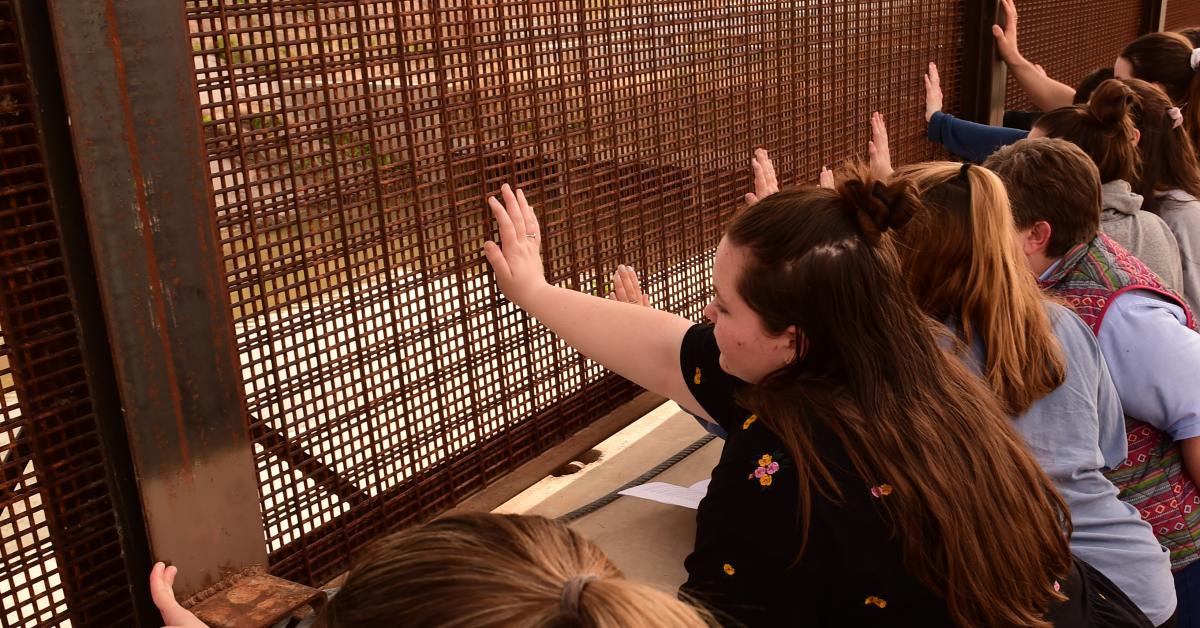 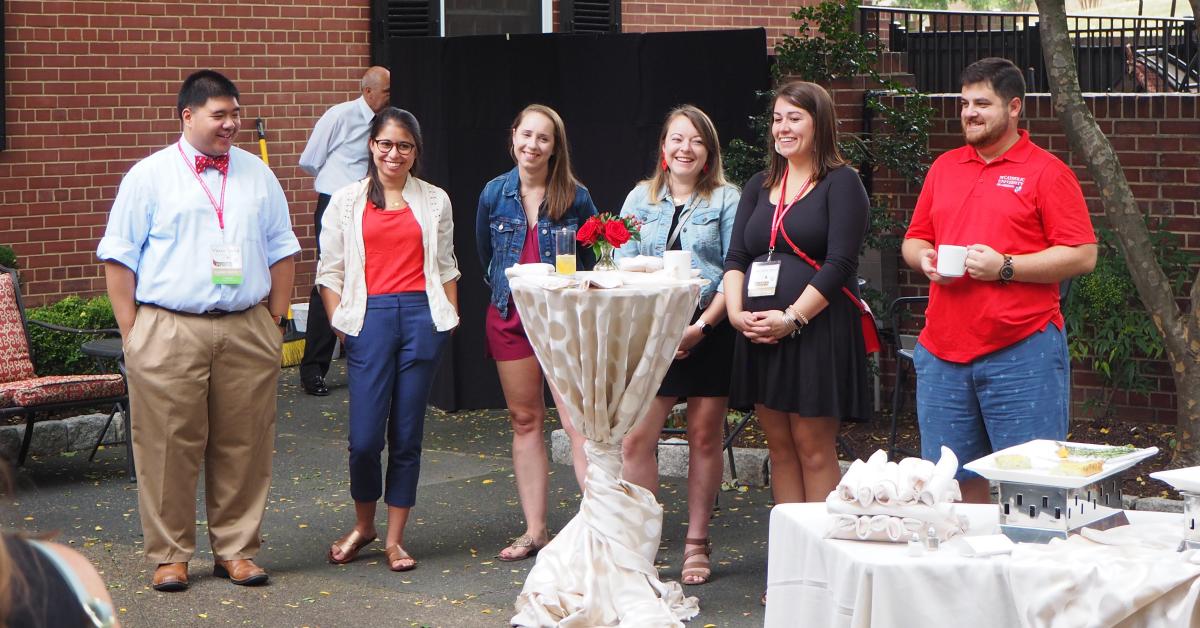 Preparing for change with the Feast of Ascension

May 26, 2022
During times of change, Jesus shows us that our eyes should not be fixed looking up, but rather looking at each other. He wants us to know that even if He is not physically with us, He is with us in spirit. He is in you — and in me.
Read More 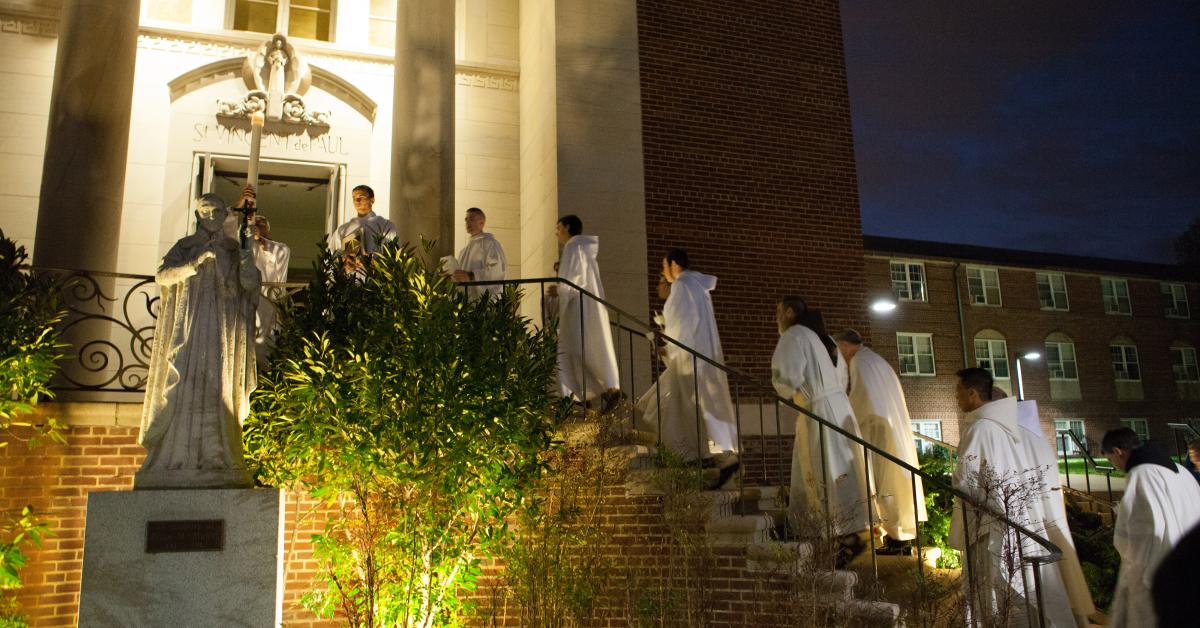 The Challenge of Easter Joy

April 18, 2022
There is a lot that challenges the Easter season to, in fact, be an Easter “season.” Seven weeks of…JOY?!?! Impossible! Does this ask too much of believers? How is such a thing possible, especially when global, communal, and personal circumstances echo tragic and more virulent truths to mock such sentiments?
Read More
Campus Ministry 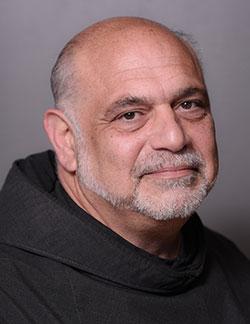